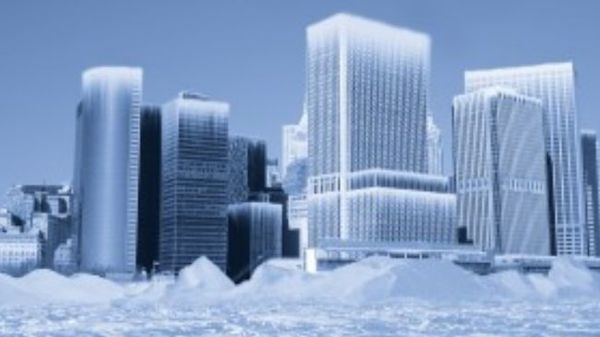 The upcoming winter could be the vilest winter that happened in ages. It is believed that a mini ice age is about to occur worldwide.

A report from the Kremlin warns that there is a strong likelihood of global chaos because of this.

Unfortunately for the Western peoples, however, in regards to the catastrophic winter dangers to come, this report says, are their government global warming alarmists blaming an El Nino event for its occurring…while at the same time refusing to tell their people about the massive cold ‘blob’ growing in the North Atlantic due to the AMOC weakening that is, in fact, what is actually to blame for what is to come..

Agreeing with Russian scientists warning of this global winter danger, this report notes, are several top climate scientists—including Stefan Rahmstorf of the Potsdam Institute for Climate Impact Research and Michael Mann of Penn State, who in March released their shocking report titled Exceptional Twentieth-Century Slowdown In Atlantic Ocean Overturn Circulation warning of what is to come.

Of the few Western reporters who have reported on the historic Atlantic Ocean current slowdown , this report continues, was the Washington Post’s Chris Mooney who noted that “for the grid boxes in darkest blue, they had their coldest Jan-Aug on record, and in order for a grid box to be “eligible” for that map, it needs at least 80 years of Jan-Aug values on the record”, while The Telegraph’s Dan Hyde even more grimly warned that “the earth is 15 years from a period of low solar activity similar to that last seen during the “mini ice-age” of the 17th century, when the Thames froze”.

With solar activity being the truest cause of the AMOC weakening, and the catastrophic winter to come, this report further notes, Russian scientists findings were, also, recently backed up by Dr. Willie Soon of the Harvard-Smithsonian Center for Astrophysics who, in his latest research paper, confirmed the Sun’s role in our planets climate by stating:

“When we compared our new composite to one of the high solar variability reconstructions of Total Solar Irradiance which was not considered by the CMIP5 hindcasts (i.e., the Hoyt & Schatten reconstruction), we found a remarkably close fit.

If the Hoyt & Schatten reconstruction and our new Northern Hemisphere temperature trend estimates are accurate, then it seems that most of the temperature trends since at least 1881 can be explained in terms of solar variability, with atmospheric greenhouse gas concentrations providing at most a minor contribution.

This contradicts the claim by the latest Intergovernmental Panel on Climate Change (IPCC) reports that most of the temperature trends since the 1950s are due to changes in atmospheric greenhouse gas concentrations (Bindoff et al., 2013).”

Of the greatest global danger, though, facing humanity due to the coming catastrophic winter caused by the weakening AMOC, MoD analysts in this report warn, is not only due to the West’s ignoring the danger and failing to protect their citizens, but also the historical ramifications associated with these mini ice age periods that have seen the complete overturning of societies and governments.

Best explaining these historical periods (cycles), this report says, is the man whom many believe is world’s best economist, Martin Armstrong, who aside from being held by the US government without charges for 7 years due to his refusal to hand over his algorithm able to accurately predict economic crashes, he has also warned about the dangers facing our world due to this now arriving mini ice age by stating:

“If we just take 2015.75 [1 October 2015] and move back in time in 309.6 year intervals, we come not only to the periods when the climate turned very cold, we also come to the periods of the political changes in government.

The 1700s market the start of the uprising against monarchy. The 1396 period market the beginning of capitalism with the Black Death killing about 50% of the European population.

The year 777 was the start of Saxon invasions and Charlemagne beginning to consolidate Europe once again forming nation states. The previous cycle was the fall of Rome. These
have coincided with political changes. The climate shift to very cold places tremendous stress upon the people and starvation begins to rise.”

As to if the Western peoples, especially Americans, will ever be allowed to know the truth of what is happening it does not appear likely as a new report today states that if any mainstream reporter told the truth to them, their entire reality would crumble.