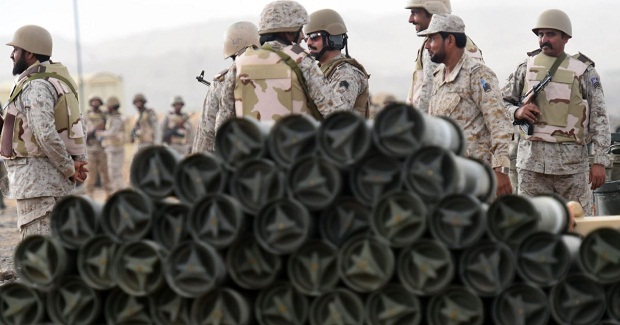 It is believed that Saudi Arabia’s decision to send their troops to Syria is just an excuse for starting a World War 3.

Saudi Arabia have threatened to send in 150,000 troops to invade Syria on the pretext of ‘fighting terrorism’ and to defeat ISIS.

Nevertheless, US President Barack Obama has welcomed the Saudi plan to intervene in Syria. Obama’s Defense Secretary Ashton Carter is this week due to meet in Brussels with counterparts from the US-led so-called “anti-terror” coalition to make a decision on the whether to activate the Saudi plan.

A Saudi military spokesman has already said that if the US-led coalition gives its consent then his country will proceed with the intervention. In recent weeks, Carter and other senior US officials, including Vice President Joe Biden, have been calling for increased regional Arab military action against ISIS in Syria and Iraq.

Carter and Biden have also said the US is prepared to send in its own ground troops en masse if the Geneva peace talks collapse. Now, those talks appear to be floundering.

So, does that mean that a large-scale invasion of US-led foreign armies in Syria is on the way?

The Geneva talks – which came unstuck last week – can be arguably assessed as not a genuine internal Syria process to resolve the war – but rather they are a cynical political attempt by Washington and its allies to undermine the Syrian government for their long-held objective of regime change.

“The Obama administration has found itself increasingly backed into a corner by Russian bombing in Syria that its diplomacy has so far appeared powerless to stop.”

In other words, the Geneva diplomacy, mounted in large part by US Secretary of State John Kerry, was really aimed at halting the blistering Russian aerial campaign.

The four-month intervention ordered by Russian President Vladimir Putin has turned the tide of the entire Syrian war, allowing the Syrian Arab Army to win back strategically important terrain.

That the Russian military operations have not stopped, indeed have stepped up, has caused much consternation in Washington and its allies.

Russia and Syria can reasonably argue that the UN resolutions passed in November and December give them the prerogative to continue their campaign to defeat ISIS and all other Al Qaeda-linked terror groups.

But it seems clear now that Kerry was counting on the Geneva talks as a way of stalling the Russian-Syrian assaults on the regime-change mercenaries.