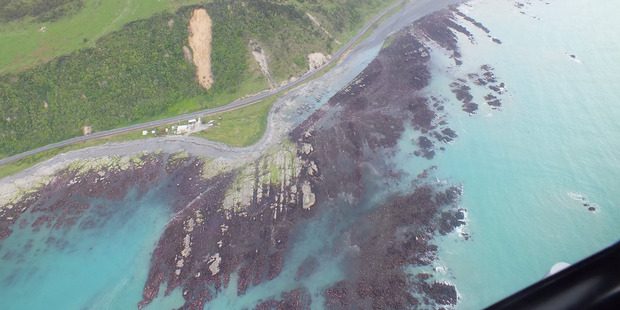 Scientist Confirm the 7.8 New Zealand Earthquake Lifted Seabed Around Kaikoura ‘By At Least A Metre’

Monday morning’s quake has lifted the seabed around Kaikoura by at least a metre, scientists have confirmed.

Although a scientific rarity, it’s a phenomenon that those in the tourism industry are saying will spell doom for them and their jobs.

Local boat skipper Dean Kennedy said he’d never seen anything like it in his 50-odd years.

He was at South Bay wharf today about 90 minutes before low tide making sure he was seeing correctly.

He said the explanation was simple – and it wasn’t good.

“Our summer is buggered. We’re all out of a job pretty much.”

Kaikoura was dependent on tourists and fish, including crayfish, and there wouldn’t be any of them around for a few months, he said.

But now, instead of diving for paua, the seafood beds had been left exposed by the rise in the sea floor. 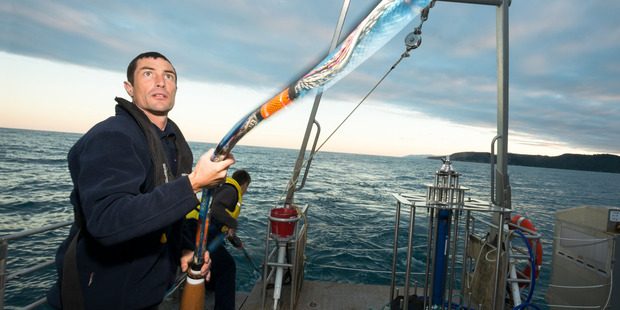 “All the kaimoana that’s in that zone is going to die, probably and even the stuff that moves down that’s not the environment it likes to live in.” – Dean Kennedy, boat skipper

“Normally where we go diving people are walking out and picking them up.

“All the kaimoana that’s in that zone is going to die, probably and even the stuff that moves down that’s not the environment it likes to live in.”

Mayor Winston Gray admits the seabed rising will be a challenge for the harbour and the local tourism industry.

“It’s changed the landscape. It appears that our ground has lifted, some say, up to a metre, we will find out later but it’s distinct, you can see it from the shore.

“So it’s a millennial change, I guess.”

The tourism industry was vital to the region and they had to work out a way to “just get on”.

This summer had been looking like their busiest yet.

“We were looking at our best season ever. Had this happened any time between Christmas and May we would have had double the amount of people in town, and some.” 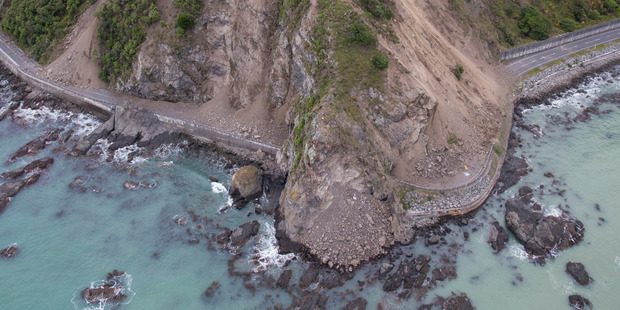 Slips on the coastal road south out of Kaikoura. Photo / Mike Scott

There was a half metre uplift on the hills around Christchurch during the quakes, he said, leaving the city “tilted”.

Dr Joshu Mountjoy, a marine geologist at the National Institute of Water and Atmospheric Research said it appeared that the Hundalee Fault, running out from Oaro, was responsible for uplifting large stretches of the coastline.

“Some faults go side-to-side and that was very clear with the Kekerengu Fault – we’ve seen offsets of about 10m horizontally – but some faults move vertically, and in this case, the fault has pushed the land up into the air, and it appears to be by about a metre,” he said.

This effect was normally seen all along the east coast of the South Island and of the North Island – albeit across a much longer timescale.

“A lot of coastal terraces reflect that long-term uplift and some of these are on a deep-seated subduction zone and sometimes it can be on a local fault that’s not far off the shore,” Mountjoy said.

“There are indications that both of these things happen in New Zealand, and in this case, I wouldn’t like to be specific about what’s causing it at the moment.”

“The extent of this uplift is not yet clear – but without question, the affected areas will experience significant changes in the quantity and composition of marine life.”

Recovery could take years, he said, and the “recovered” state could look quite different.

“The seaweeds and animals that inhabit these areas are remarkably resilient. They tolerate pounding by large waves and the rise and fall of the tides every day.

“They produce large numbers of offspring that can travel great distances to replenish distant sites.”

But they were also carefully tuned to their environment, and they were incredibly sensitive to water depth and tidal levels.

Changes that took a long time to happen would have comparatively little effect, because organisms could respond with adjustments to their physiology andor a shift in their distributions over many generations.

Changes that happen quickly, however, were a problem.

“We know that small changes in tidal fluctuations can have big effects on the marine life in these communities.”

Rapid coastal uplift would have ecological consequences that were even more severe.

The effects of a coastal uplift of 40 to 60cm following an earthquake that struck Chile in March of 1985 was particularly well documented: the affected sites experienced catastrophic mortality of many species and recovery took years.

“Recovery will happen along the Kaikoura coastline,” Shima said.

“Remnant populations of affected species may be present beneath the new land-sea interface, and at nearby locations that did not experience uplift to the same extent.”

Offspring produced by these populations would replenish affected areas.

“Some species will take longer than others to recover.

“And much will depend upon what happens to important habitat-forming seaweeds.”

One silver lining was that the Kaikoura system was among the best-studied coastlines in New Zealand.

“Researchers with long-term data on this system will be well-placed to make predictions.

“And continued monitoring of this system in the aftermath of the uplift event will strengthen our scientific understanding and enable us to make even stronger predictions in future.”