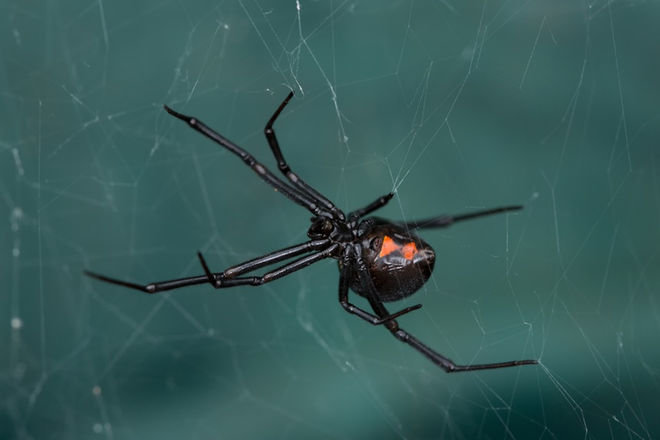 Scientist Found Black Widow Spider DNA Inside a VIRUS, What The…?

Future research could find that such swapping across domains of life, from the most complex to the most ancient, is more common than previously thought, scientists say.

Viruses infect all three domains of the tree of life. The most complex forms of life on Earth — including animals, plants and fungi — belong to the domain Eukaryota, whose cells possess nuclei. The other two domains include the prokaryotes, the earliest forms of life — single-celled microbes that lack nuclei. There are two prokaryotic domains — the familiar Bacteria, as well as Archaea, which includes microorganisms that thrive in harsh environments such as hot springs and underground petroleum deposits.

Each virus infects just one domain of life. For instance, bacteriophages, which are viruses that attack bacteria, cannot infect eukaryotes, or cells with nuclei. In part due to this specificity, scientists have explored using these so-called “phages” in therapies to kill antibiotic-resistant bacteria.

Previous research found that viruses can pick up genes from their hosts, using this “stolen” DNA to evade and manipulate their victims. Because each virus infects only one domain of life, scientists would not expect a phage to possess animal DNA, for example.

However, previous research found that a number of bacteria do live in eukaryotes — for instance, harmful parasites or mostly helpful symbionts such as E. coli that live in hosts such as humans and other animals. This idea raised the possibility that phages that infect such bacteria might regularly be exposed to DNA from the eukaryotic hosts of these bacteria.

In the new study, scientists investigated the phage WO, which infects the bacterium Wolbachia. This bacterium infests an estimated 40 percent of the most species-rich group of animals worldwide, the arthropods, which include insects, spiders and crustaceans.

“Wolbachia are among the most widespread bacterial infections on the planet,” said study co-author Seth Bordenstein, a microbiologist at Vanderbilt University in Nashville, Tennessee.

The researchers found that this phage’s genome (or the complete set of genes within each cell of an organism) contains a number of genes similar to some seen in eukaryotes. “This is the first time, to the best of my knowledge, that animal genes were found in bacteriophages,” Bordenstein told Live Science.

One gene, the second largest seen yet in phages, is made of genes previously seen in eukaryotes and bacteria fused together. This combination gene includes DNA that was found previously in prior work to help create black widow spider venom. Other genes of this phage that were previously seen in eukaryotes are known to mediate interactions between microbes and hosts, trigger the death of host cells, and help in the secretion of proteins across cell membranes.

It remains uncertain how this phage uses these recently discovered genes. The researchers suggested that these genes may help the phage break into animal cells or evade animal immune systems to reach and infect their bacterial hosts.

It also remains unknown how this DNA has flowed between this phage and animals. Although it is likely that the genes in the phage originally came from animals, the researchers have not yet ruled out the possibility that these genes in animals originally came from phages. “We should consider all possible routes of transfer,” Bordenstein said.

Future research could explore how often phages get DNA from domains of life other than the one they infect. “We’d like to see a comprehensive genomic survey of viruses and their hosts,” Bordenstein said.

Bordenstein also noted that someday, this phage could be used to genetically modify Wolbachia. “There’s been long-standing interest in genetically editing Wolbachia; people have tried vigorously and failed,” he said.

Finding ways to tinker with Wolbachia might help fight the Zika and dengue viruses, Bordenstein said. “WhenWolbachia is present [in mosquitoes], dengue and Zika viruses are prevented from replicating at high rates,” he said.

Bordenstein and spouse Sarah Bordenstein, also a microbiologist at Vanderbilt University, detailed their findings Oct. 11 in the journal Nature Communications.