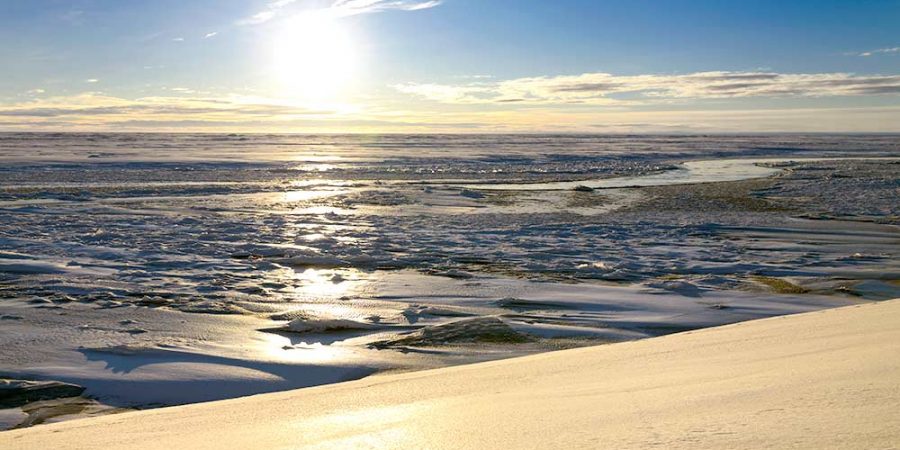 The climate change movement has long warned that, as global temperatures rise, we run the risk of releasing vast reserves of trapped methane into the atmosphere and bringing about the end of days. New research says: probably not.

Researchers at the University of Rochester in New York studied methane emissions from a period in Earth’s history which bears many similarities to our current climate, examining ice cores taken from the last period of deglaciation some 8,000 to 15,000 years ago.

By closely examining air samples extracted from these frozen ice cores, the researchers found that even if the methane in these vast stores is released, it won’t actually reach our atmosphere.

When carbon-based life (plants and animals) decays, the remains freeze and the carbon contained within becomes trapped in the permafrost seen across regions including vast swathes of Siberia, Alaska and northern Canada.

Later, when the water in this permafrost melts, the soil becomes waterlogged and creates the ideal breeding ground for microbes that consume the newly-thawed carbon and produce methane.

Meanwhile, in the oceans, methane hydrates – formed under immense pressures at low temperatures – are found in sediments on the ocean floor along the subaquatic borders of the continents. If ocean temperatures rise, the current theory goes, these hydrates will destabilize and release the methane gas into the atmosphere, wreaking havoc around the globe.

The team took ice core samples from the Earth’s past to see just how much methane from these ancient deposits is actually released during periods of warming, and found that the actual amount of emissions from ancient carbon reservoirs was quite small.

“The likelihood of these old carbon reservoirs destabilizing and creating a large positive warming feedback in the present day is also low,” said Michael Dionysus, a graduate student involved in the research.

Instead, the researchers argue that numerous natural ‘buffers’ actually prevent the majority of the carbon from reaching the atmosphere.

In the case of methane hydrates, most of the greenhouse gas is dissolved and oxidized by microbes in the oceans long before it makes it to the surface. The same goes for deeper deposits of methane in permafrost, which the researchers believe are consumed by bacteria in the soil and turned into carbon dioxide.