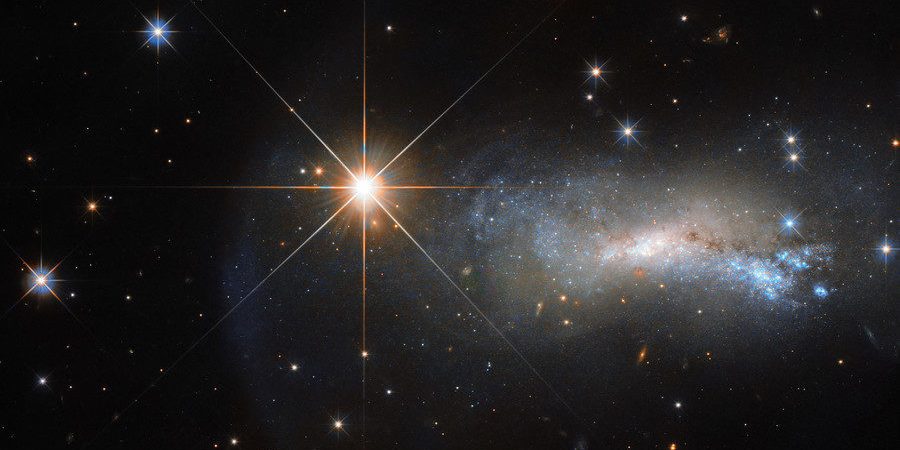 We don’t know why the universe isn’t destroying itself

The most elite scientists in the world are still struggling to find why exactly our universe didn’t destroy itself as soon as it came into existence. That’s what science says should have happened – but it clearly hasn’t, since you’re here reading this, as far as we know.

At the beginning of the universe, according to the standard model, there are equal amounts of matter and anti-matter. The trouble with that is that they would each have annihilated each other, leaving none of the matter that surrounds us today.

Researchers have been frantically looking for some difference between matter and anti-matter that could explain why the universe is still around. But they have tried a range of different possibilities – that they have different mass, electric charge, or something else – but have found no difference.

That has led researchers to question why the universe is still around at all.

“All of our observations find a complete symmetry between matter and antimatter, which is why the universe should not actually exist,” explained Christian Smorra, the author of a new study conducted at CERN.

“An asymmetry must exist here somewhere but we simply do not understand where the difference is. What is the source of the symmetry break?”

The latest possibility was matter and anti-matter’s different magnetism. But new research shows that they are identical in that way too – lending further mystery to the question of why the universe is still around at all.

The new study, led by Dr Smorra, looked to measure anti-protons to find out how they were different from the protons that surround us. They measured the anti-matter’s magnetism in more precise detail than ever before, and were surprised to find that both matter and anti-matter looked exactly symmetrical.

The CERN research saw scientists capture the anti-protons in special “Penning traps”, since it’s not possible to hold anti-matter inside a physical container. “This tremenduous increase in such a short period of time was only possible thanks to completely new methods,” said Stefan Ulmer, spokesperson of the group of researchers who conducted the work.

The researchers hope to be able to examine the anti-protons in even more precise detail, and see if there is a difference when they are able to look even closer at the mystery. But other scientists are looking at other possibilities – including that anti-matter has upside-down gravity, meaning that it would in effect fall upwards, Cosmos Magazine reports.