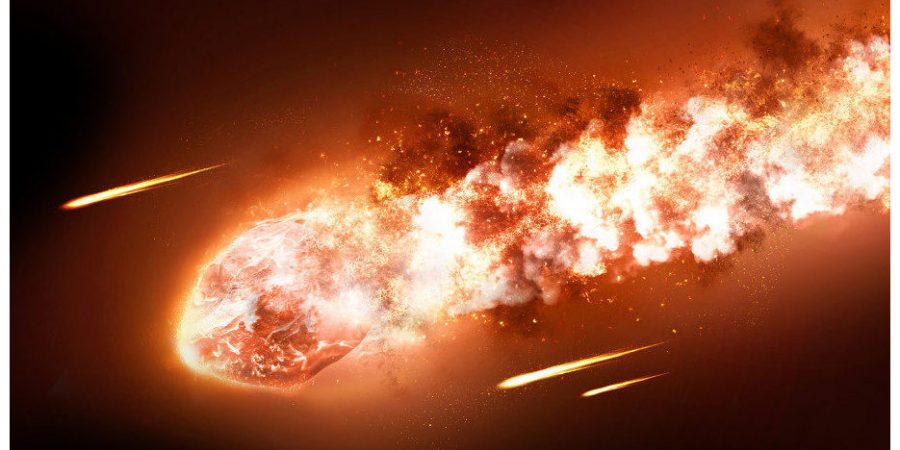 The Earth was hit by a fragmented comet around 13,000 years ago at the end of the Pleistocene Era and scientists are now starting to agree.

A new research paper has been published in Scientific Reports regarding an ancient civilisation in what is modern-day Syria that was wiped out by the cataclysm, as academics finally come round to the idea that yes this event did happen.

Even the sceptic Michael Shermer, who famously debated Graham Hancock on the Joe Rogan podcast has tweeted Graham saying:

“Ok Graham, I shall adjust my priors in light of more research like this, and modify my credence about your theory.”

Kudos to @michaelshermer for reconsidering his skepticism in the light of this new evidence — https://t.co/mBtKgZG9D1– summarized here:  https://t.co/7hycXpmHbE. And don't miss @joerogan 961 (https://t.co/hF0pzOrl8z) for the full background to Michael's post. pic.twitter.com/9RPkZOricP

The evidence always spoke for itself for a lot of people, but it’s positive to see him address Graham in a public manner like this.

So what have the scientists discovered? Well, remnants of glass have been found that could only have been created during a high-impact event. Other minerals such as chromium, iron, nickel and others were discovered too, all of which form at temperatures higher than 2,200 degrees, according to a statement from the University of California-Santa Barbara.

The site the discovery was made is known as Abu Hureyra, which was abandoned around 5,000 years ago.

The glass finds are believed to have been formed from the instantaneous melting and vaporization of regional biomass, soils and floodplain deposits, followed by instantaneous cooling. This is really only common during impact events.

Graham Hancock and others such as Randall Carlson have long said that it was likely a fragmented comet, and that is what the scientists are saying who are analysing the Syrian finds. A single, major asteroid impact could not have caused the widely scattered material discovered at Abu Hureyra and the experts say that it is more likely a fragmented comet.

The Younger Dryas Event is what caused a large megafaunal extinction, seeing the end of woolly mammoths, species of bison, American horses and camels, and giant sloths. It also saw the end of the North American Clovis culture.

The evidence is there in the field and it continues to stack up. Two years ago we read about reports of a 19-mile wide crater in Greenland that could be related to this cataclysmic event and in October 2019, a study was published that said there was a mini ice age 12,800 years ago that was caused by an impact event.

But at the beginning of this mini ice age there were huge levels of burning and now we know that Abu Hureyra was abruptly destroyed from what can only be an impact event. We have new direct evidence of the disaster, together with tons of data from around the world. History is finally being re-written!

All images are taken from Google Images and the below sources for educational purposes only.