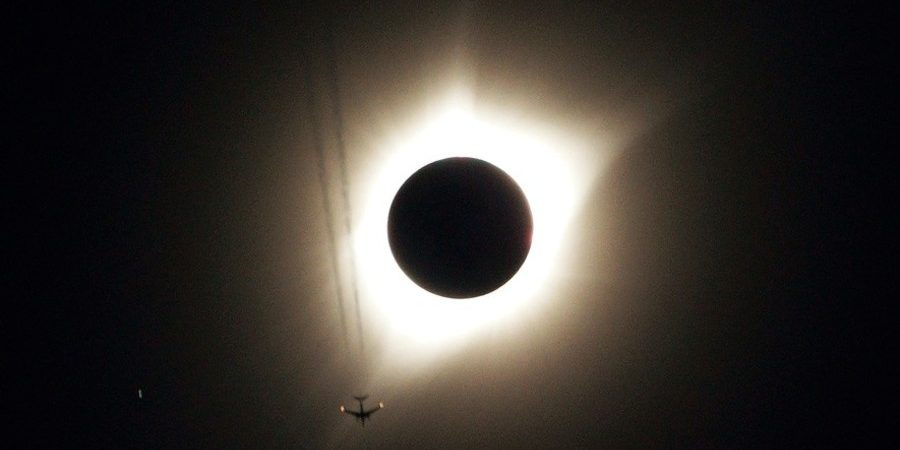 Scientists’ Come Up With New Strategy for Fight Global Warming; Dim the Sun

Scientists have come up with a new and ingenious way of fighting global warming: use chemicals to blot out the sun. Whether we’ll then have to fight (and do everything else) in the shade, the research doesn’t quite spell out.

Since the world can’t seen to agree on reducing CO2 emissions, why not tackle the problem from the other end, scientists from Harvard and Yale have surmised. The researchers recently published a study which suggests that spraying large amounts of sulfate particles into the Earth’s lower stratosphere in order to literally dim out the sun could cut the effects of global climate change in half, and it might even be cheap!

With all the excitement over the “hypothetical”, “highly uncertain and ambitious,” plan, there are no guarantees that it will not actually make things worse in a catastrophic sort of way. There is a suspicious lack of information about what ‘dimming the sun’ could possibly do to those of us who rely on it for basic things – like growing food, or not freezing to death.

Instead, the study published in Environmental Research Letters discusses the potential costs and necessary technology to realize the ambitious, if not hubristic plan. The researches discuss a variety of potential ways to accomplish the large-scale ‘geoengineering’ project: planes, balloons, or even just shooting the chemicals in the air with large guns.

Even apart from that, there’s a fairly serious problem with the proposal: no aircraft currently exists that could actually deliver the payload. Adapting an existing version of SpaceX’s Falcon Heavy rocket has been ruled out, citing the cost.

The proposal suggests a launch could be accomplished within 15 years, with an initial cost of around $3.5 billion, followed by another 15-year running period costing an additional $2.5 billion – a relatively low price given the scale and significance of the project, they argue. An initial fleet of 8 ships would initially expand to nearly 100 in order to deploy the necessary amount of chemicals around the world.

There are other less technical drawbacks to the proposal, as well. Among the most obvious is that the plan would require international coordination between numerous countries, including the United States – whose President Donald Trump regularly expresses doubts about climate change in general.

Dr Phil Williamson, an Honorary Reader at University of East Anglia, critiqued the proposal, saying that nations which “continued to experience extreme climate events” might then “consider that solar geoengineering had been responsible” and would need to be compensated. In other words, cutting the earth off from the heavens might be a real liability issue.

Others have critiqued the strategy for being a band-aid response that ignores the actual causes of the problem.