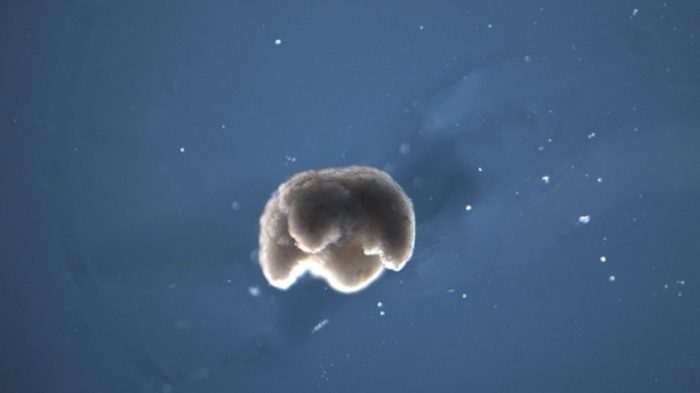 Scientists in the US claim to have created zombie robots from reanimated frog cells, giving rise to a living organism never seen or created before which can perform important tasks while healing itself.

These millimeter-wide “xenobots” were designed on a supercomputer using an evolutionary algorithm to create thousands of candidate designs. The winning designs can propel themselves toward a target and deliver a payload, and can also heal themselves when torn apart.

The xenobots are constructed using stem cells harvested from the embryos of African frogs, the species Xenopus laevis, and could theoretically perform tasks ranging from highly-targeted medicine delivery inside the human body, to toxic waste clean-up after a spill or radioactive disaster, or even gathering microplastics floating in the Earth’s oceans.

“These are novel living machines,” says Joshua Bongard, a computer scientist and robotics expert at the University of Vermont who co-led the new research. “They’re neither a traditional robot nor a known species of animal. It’s a new class of artifact: a living, programmable organism.”

The xenobots are fully biodegradable, powered by lipids and proteins and live for just seven days before reverting to dead skin cells. Frog skin cells form the structure, and the contractions of the amphibian heart cells provide the power to propel the xenobots.

While the team acknowledges that there may be unintended consequences from developing such technology, such as the development of highly-targeted bioweapons, they argue that it is just another step toward cracking the “morphogenetic code,” which they believe governs how all living organisms in the universe are organized. If we could decipher this ‘code,’ it might lead to a giant leap forward in a vast array of fields, including environmental and medical research.