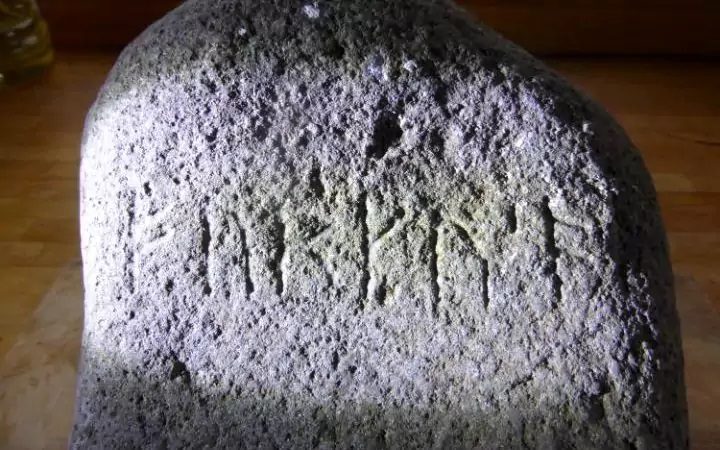 Scientists Divided on if ‘Furku.Al’ Rock Inscription is Genuinely the Work of Vikings

When a resident on the Isle of Eigg decided to clean his drains, he had no idea that he would stumble upon a mystery that would baffle archaeologists around the world. The islander’s discovery of a boulder with the letters “Furku.Al” scratched into its surface has sparked a lively debate among experts as to whether it is a genuine runic inscription.

The resident alerted Camille Dressler, chair of the Eigg History Society, about his potentially significant find, and she sent a photograph to Historic Environment Scotland (HES). “It looks quite ancient. We are intrigued by it,” Ms Dressler told The Daily Telegraph. “We just hope it is a genuine Norse inscription as that would highlight the Norse heritage of the island.” The island, which off the coast of Scotland and is home to around 100 residents, was invaded by the Vikings around 1,300 years ago.

John Borland, a survey manager and member of the HES Heritage directorate, wrote to Ms Dressler, explaining that he consulted several experts in runic inscriptions about the find. “My reading of the inscription was furkusal. Whilst this might be a recognisable Norse name, I thought it more likely that it was a humorous (attempted, anyway) play on words,” he said. 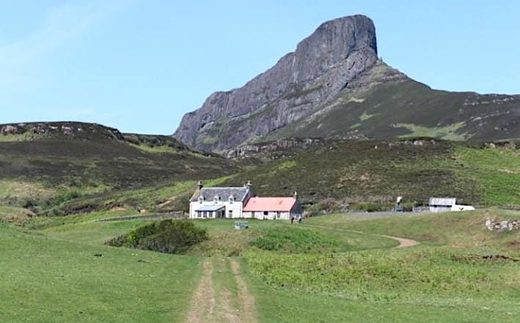 © Stephen Finn/Alamy
Residence of the find, Isle of Eigg

“Furk equalling the obvious expletive, similar to the way someone might say/write frock off or feck off. Plus, the early futhark alphabet does not have the letter C.

“Us could be read as ‘us’ but I thought it might be the west-of-Scotland vernacular ‘yous’, meaning you plural. Al reading as ‘all,’ the missing second L due perhaps to a lack of space. So furk us all or furk yous all.”

Dr Ragnhild Ljosland, who lectures at the Centre for Nordic Studies, University of the Highlands and Islands, Orkney, also read it as “either furkusal or furku.al”, the letter explained.

“She couldn’t identify this as a recognisable name and wondered if it might be a futhark inscription, where lines or parts of the futhark alphabet are carved,” said Mr Borland. “However it doesn’t really work as that either. She also noted that the A rune is slightly unusual in its form, differing from the A of the early futhark alphabet. Whilst reluctant to absolutely right it off as being modern, she couldn’t really confirm it as genuinely Norse.”

Meanwhile, Professor Henrik Williams, who teaches at the University of Uppsala, Sweden, said he could not identify the name as Norse and did not like the form of some of the runes, particularly the R.

Professor Michael Barnes from University College, London – who is one of the leading authorities on Norse inscriptions in the British Isles – believed it was unlikely to be very old “due to layout, form of runes and the size of stone bearing the inscription”.

“He offered an interesting alternative reading of furkuson, being an attempt to phonetically represent the Scottish surname Farquharson. It might be worth investigating if the house where the stone was found was ever occupied by someone of that name.”

Mr Borland concluded: “I think it’s fair to say that on balance, even the expert opinion is tending towards uncertain at best but probably not genuinely Norse.

“Having said that, someone in the future might arrive at a different conclusion so don’t go chucking it out. At the very least it’s an interesting piece of social history.”

He said he hoped to make a trip to the island and see the stone for himself.