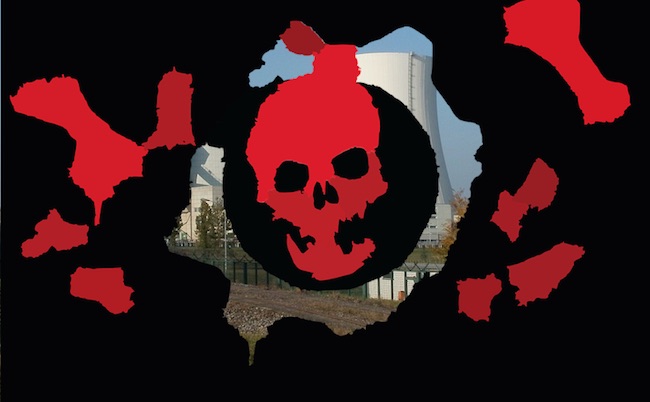 TV: Scientists fear Fukushima radiation hitting US to worsen… “A lot of people are very concerned” — Experts: Billions are being exposed… Reactors “will continue to pour water into Pacific for the rest of time” (VIDEO)

Arnie Gundersen, former nuclear engineer (emphasis added), Feb 2, 2017: “When I went to school, the saying was ‘dilution is the solution to pollution,’ and that’s what the Japanese believe. If they dump [radioactive water from Fukushima Daiichi] on their side and it floats over to the West Coast of the U.S. — the Pacific’s a big place — it’ll dilute out. I don’t think that’s appropriate… people are going to die. Regardless of how low the radiation is, it does cause cellular damage and cancer. So if you spread it out in a big body of water, the concentration goes down, but on the other hand, you’ve got a couple billion people exposed to it because they’re on the edge of that big body of water. So the concentration is down but the population is up and you’re still going to get cancer; it’s inevitable.”

Dr. Helen Caldicott, Feb 13, 2017: As the water flows beneath the damaged reactors, it immerses the three molten cores and becomes extremely radioactive as it continues its journey into the adjacent Pacific Ocean. Every day since the accident began, 300 to 400 tons of water has poured into the Pacific where numerous isotopes including cesium 137, 134, strontium 90, tritium, plutonium, americium and up to 100 more, enter the ocean and bio-concentrate by orders of magnitude at each step of the food chain… tuna, salmon and other species found on the American west coast now contain some of these radioactive elements… [Fukushima Daiichi] will continue to pour water into the Pacific for the rest of time…

Fox News, Feb 8, 2017: Adam Housley, who reported from the area in 2011 following the catastrophic triple-meltdown, said… small levels of radiation are still being detected off the coasts of California and Oregon and scientists fear it could get worse. “The worry is with 300 tons of radioactive water going into the Pacific every day, what is that doing to the Pacific Ocean?” said Housley…