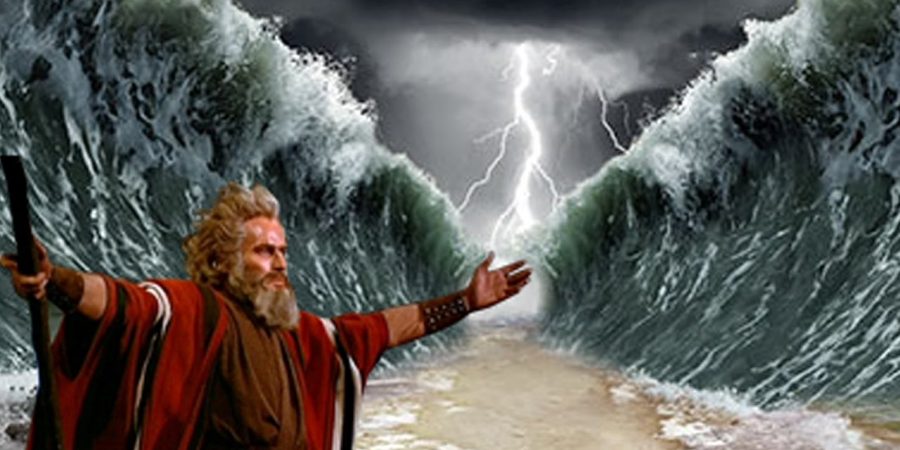 The person in charge of the study, however, did not say whether their research would help date the Exodus itself, noting only that “continued work to improve chronological frameworks is essential for the study of past civilisations”.

Researchers at the University of Arizona studying the relics of one of the largest volcanic events in the earth’s history may have stumbled upon a discovery that could provide a scientific explanation for certain phenomena described in the Bible.

According to media reports, the researchers used high-res radiocarbon dating to examine an olive branch found buried beneath a lava flow to determine that the Thera volcanic eruption on the island of Santorini, which was previously dated 16th century BC, took place a century earlier, around the same time when “Biblical scholars believe the Exodus occurred”.

This discovery may lend credence to a theory proposed by Egyptologist Hans Goedicke, who argued that the parting of the Red Sea could be explained by a tsunami caused by a Thera eruption.

Study leader Dr Charlotte Pearson, however, appeared reluctant to say outright whether her findings would actually help date the Exodus, noting only that “continued work to improve chronological frameworks is essential for the study of past civilisations”.

“No definitive calibrated radiocarbon range for the Thera eruption is currently possible, but the altered position of the 14C plateau indicates that improved calibration has much to offer chronological synchronisation of human and environmental timelines in this period,” she said as quoted by The Times of Israel.

Earlier in January, the archaeologist in charge of an archaeological dig at the Israeli town of Kiryat Ye’arim also revealed that that area could be the resting place of the mythical Ark of the Covenant.