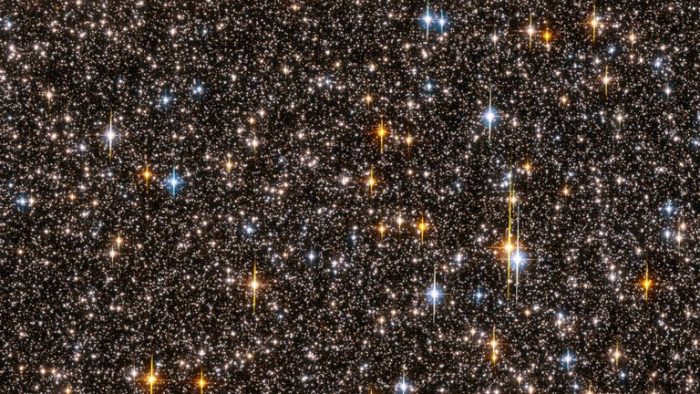 A “monster” galaxy that went mysteriously and suddenly dark has left scientist puzzled.

The web of stars, known as XMM-2599, existed about 12 billion years ago, in the early days of the universe, when it was only about 1.8 billion years old.

It spewed out a vast number of stars in its short life. And then it suddenly stopped.

That rapid and unexplained death has puzzled astronomers, who say the vast galaxy does not fit with our existing models of the early universe.

“Even before the universe was 2 billion years old, XMM-2599 had already formed a mass of more than 300 billion suns, making it an ultramassive galaxy,” said Benjamin Forrest, the lead author of the study, in a statement.

Scientists are unable to explain how the galaxy came to exist and then very quickly stopped existing. It challenges our models of how the early universe exists, they say, and could lead to dramatic changes in our understanding of how stars form – and stop forming.

“In this epoch, very few galaxies have stopped forming stars, and none are as massive as XMM-2599,” said Gillian Wilson, a professor of physics and astronomy at University of California – Riverside, where the research was conducted.

“The mere existence of ultramassive galaxies like XMM-2599 proves quite a challenge to numerical models. Even though such massive galaxies are incredibly rare at this epoch, the models do predict them. The predicted galaxies, however, are expected to be actively forming stars.

“What makes XMM-2599 so interesting, unusual, and surprising is that it is no longer forming stars, perhaps because it stopped getting fuel or its black hole began to turn on. Our results call for changes in how models turn off star formation in early galaxies.”

At its peak, the galaxy was forming stars equivalent to more than 1,000 of our own suns each year. That is incredibly fast for any galaxy, with our Milky Way forming about one star each year.

Because the galaxy is so far away, it has been spotted from a time when the universe was very young. That means that by the present day it could have become something altogether different, and likely equally spectacular.

“We have caught XMM-2599 in its inactive phase,” Wilson said. “We do not know what it will turn into by the present day.

“We know it cannot lose mass. An interesting question is what happens around it. As time goes by, could it gravitationally attract nearby star-forming galaxies and become a bright city of galaxies?”

Now the team behind the discovery hopes to use the high-tech equipment at the Keck Observatory to delve more into the galaxy, and hopefully answer the questions thrown up by the bizarre clump of stars.

“We identified XMM-2599 as an interesting candidate with imaging alone,” said co-author Marianna Annunziatella, a postdoctoral researcher at Tufts University. “We used Keck to better characterize and confirm its nature and help us understand how monster galaxies form and die.”