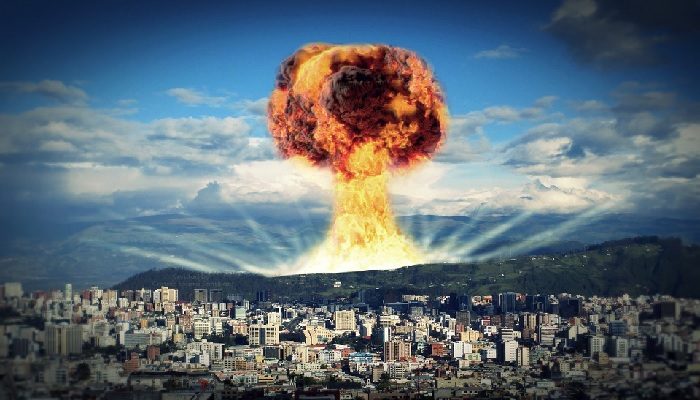 “The scientists used advanced computer models to see how the air blast from a nuclear bomb passes through a structure that remains standing.”

A group of researchers have found what they say is the most survivable location in a building at a certain distance from the detonation of a nuclear device.

Nuclear bombs have developed a reputation as the absolute bringers of destruction, but while they can indeed devastate a large area and kill with a variety of methods, it’s also totally possible to survive a nuclear blast, provided you’re far enough away from the initial fireball.

Whether you’re inside or outside also matters a great deal, as well as what type of structure you’re in. However, your location inside that structure can also play a major role in the survivability of your situation, too.

“Before our study, the danger to people inside a concrete-reinforced building that withstands the blast wave was unclear,” Dimitris Drikakis, a professor at the University of Nicosia in Cyprus and a co-author of the study, said in a news release.

“Our study shows that high airspeeds remain a considerable hazard and can still result in severe injuries or even fatalities.”

Their work was published in the journal Physics of Fluids on Tuesday.

The scientists used advanced computer models to see how the air blast from a nuclear bomb passes through a structure that remains standing. They looked at air speed at various places,
including the windows, doors, hallways, and different parts of rooms, to see where the worst places to be were.

“The most dangerous critical indoor locations to avoid are the windows, the corridors, and the doors,” said co-author and fellow Nicosia professor Ioannis Kokkinakis.

“People should stay away from these locations and immediately take shelter. Even in the front room facing the explosion, one can be safe from the high airspeeds if positioned at the corners of the wall facing the blast.”

Of course, the time between the explosion and the arrival of the shockwave is likely to be only seconds, so you would have to react very quickly when the time came.

The authors noted that in addition to the shockwave, a nuclear bomb brings myriad other dangers with it, including radioactive fallout, damaged buildings that may crumble and collapse, damage to power lines, gas lines, and of course the fires that the fireball itself will start.

“People should be concerned about all the above and seek immediate emergency assistance,” Drikakis noted.

Of course, the most survivable situation is for nations not to use nuclear weapons in the first place.