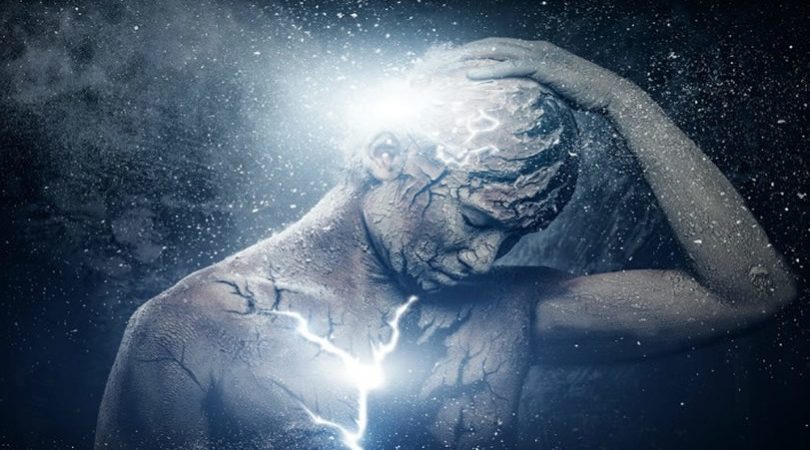 Scientists Show Human Consciousness May Be a Side Effect of ‘Entropy’

Here is a little explanation/definition of the word Entropy (via vocabulary.com) to make the article a little clearer (I personally needed it though others might or might not):

The idea of entropy comes from a principle of thermodynamics dealing with energy. It usually refers to the idea that everything in the universe eventually moves from order to disorder, and entropy is the measurement of that change.

Primary Meanings of entropy
1.n (communication theory) a numerical measure of the uncertainty of an outcome
2.n (thermodynamics) a thermodynamic quantity representing the amount of energy in a system that is no longer available for doing mechanical work

It’s impressive enough that our human brains are made up of the same ‘star stuff‘ that forms the Universe, but new research suggests that this might not be the only thing the two have in common.

Just like the Universe, our brains might be programmed to maximise disorder – similar to the principle of entropy – and our consciousness could simply be a side effect.

The quest to understand human consciousness – our ability to be aware of ourselves and our surroundings – has been going on for centuries. Although consciousness is a crucial part of being human, researchers still don’t truly understand where it comes from, and why we have it.

Entropy is basically the term used to describe the progression of a system from order to disorder. Picture an egg: when it’s all perfectly separated into yolk and white, it has low entropy, but when you scramble it, it has high entropy – it’s the most disordered it can be.

This is what many physicists believe is happening to our Universe. After the Big Bang, the Universe has gradually been moving from a state of low entropy to high entropy, and because the second law of thermodynamics states that entropy can only increase in a system, it could explain why the arrow of time only ever moves forwards.

So researchers decided to apply the same thinking to the connections in our brains, and investigate whether they show any patterns in the way they choose to order themselves while we’re conscious.

To figure this out, a team from the University of Toronto and Paris Descartes University used a type of probability theory called statistical mechanics to model the networks of neurons in nine people’s brains – including seven who had epilepsy.

Specifically, they were looking at synchronisation of neurons – whether neurons were oscillating in phase with each other – to figure out whether brain cells were linked or not.

They looked at two datasets: first they compared the connectivity patterns when participants were asleep and awake; and then they looked at the difference when five of the epileptic patients were having seizures, and when their brains were in a normal, ‘alert’ state.

In both situations, they saw the same trend – the participants’ brains displayed higher entropy when in a fully conscious state.

“We find a surprisingly simple result: normal wakeful states are characterised by the greatest number of possible configurations of interactions between brain networks, representing highest entropy values,” the team writes.

This lead the researchers to argue that consciousness could simply be an “emergent property” of a system that’s trying to maximise information exchange.

Before we get too carried away, there are some big limitations to this work – primarily the small sample size. It’s hard to spot any conclusive trends from only nine people, particularly as everyone’s brains responded slightly differently to the various states.

Physicist Peter McClintock from Lancaster University in the UK, who wasn’t involved in the research, told Edwin Cartlidge over at Physics World that the results were “intriguing”, but need to be replicated in a larger number of subjects, including experiments during other brain states, such as while patients are under anaesthesia.

But the study is a good starting point for further research, and hints at a possible new hypothesis for why our brains tend to be conscious.

The team now plans to investigate the results further, by measuring the thermodynamic state of different regions to understand if what’s happening is really the true definition entropy, or some other type of organisation.

They also want to extend their experiments to general cognitive behaviour – for example, seeing how neural organisation changes when people are concentrating on a task and when they’re absent minded.

We’re only just beginning to understand how the brain’s organisation might affect our consciousness, but it’s a pretty fascinating rabbit hole to fall down. And a nice reminder that we’re all connected by the laws that govern the Universe.

The paper has been accepted for publication in Physical Review E, but is available online now at arXiv.org.