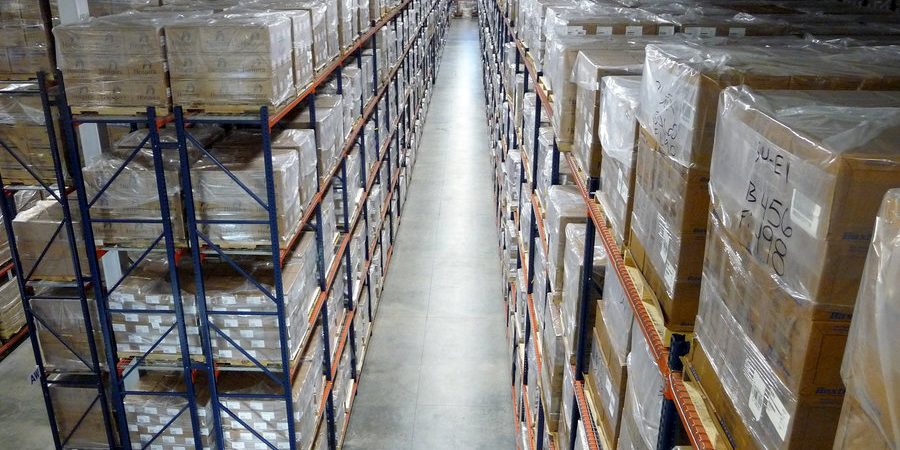 Is it “crazy” and “paranoid” to stockpile supplies against the possibility of widespread social collapse? Not according to the federal government.

The Centers for Disease Control and Prevention (CDC) maintains six warehouses stockpiled billions of dollars worth of medical supplies to be used to respond to any national medical emergency, including a flu pandemic or terrorist attack. Both the contents and locations of the warehouses are kept secret by law.

“If everybody knows exactly what we have, then you know exactly what you can do to us that we can’t fix,” said Greg Burel, who directs the program, known as the Strategic National Stockpile.

The Strategic National Stockpile was launched in 1999, with a $50 million budget. The value of the stockpile now exceeds $7 billion.

The warehouses are enormous; Burel describes them as two Super Walmarts side-by-side, without the drop ceiling.

Nell Greenfieldboyce of National Public Radio, who recently became the first reporter allowed to visit one of the warehouses, said that “shelves packed with stuff stand so tall that looking up makes me dizzy.”

Although the specific contents of the stockpile are classified, the CDC says that, in general terms, the stockpiles contain millions of vaccine doses (for both pandemic and bioterrorist events), radiation treatments, antidotes to chemical weapons, and standard medical supplies such as antibiotics, IV fluid and wound care supplies. Greenfieldboyce writes of an entire caged, locked section of the warehouse that she was told contain addictive painkillers, and a giant freezer for the storage of more perishable drugs.

Maintaining the stockpile costs the government an enormous amount of money. Among the items stockpiled are ventilators that need to be charged monthly and receive yearly maintenance. Additionally, the entire stockpile must be inventoried annually, and expired drugs must be discarded and replaced.

From its starting $50 million, the stockpile’s annual budget has now ballooned to half a billion dollars.

But would it deliver as promised?

Public health specialists and others have raised serious concerns over how helpful the stockpiles would be in a real crisis, however.

For one thing, the stockpile has tended in recent years to stock up on newer drugs, which tend to be more expensive and have a shorter life. This means significantly higher costs, building over the long term. But even as the expenses of the stockpile continue to grow, its budget has not kept pace.

“This is an unsustainable plan,” said Tara O’Toole, an intelligence consultant and former homeland security official. “And we don’t think there’s enough money to do what the stockpile says it must do, already.”

Experts have also raised concerns that in a real emergency, the stockpile would not actually be able to deploy the needed supplies quickly enough.

“It is not going to be easy or simple to put medicines in the hand of everybody who wants it,” O’Toole said.

The stockpile is certainly designed with quick delivery in mind. But there’s another major problem with the system, as it stands: In an emergency, items from the stockpile would be delivered to workers at state and local public health agencies that have seen their budgets severely slashed and are notoriously understaffed.

“We have drastically decreased the level of state public health resources in the last decade,” O’Toole said. “We’ve lost 50,000 state and local health officials. That’s a huge hit. The notion that this is all going to be top down, that the feds are in charge and the feds will deliver, is wrong.”

Given the serious problems with the national stockpile system, it’s even more ironic that people who develop their own stockpiles — which unlike the government stockpiles, may also include food, water, and other essential supplies — are often belittled as crazy and unrealistic. But when the time comes, you’ll be glad you chose to be prepared. – NaturalNews