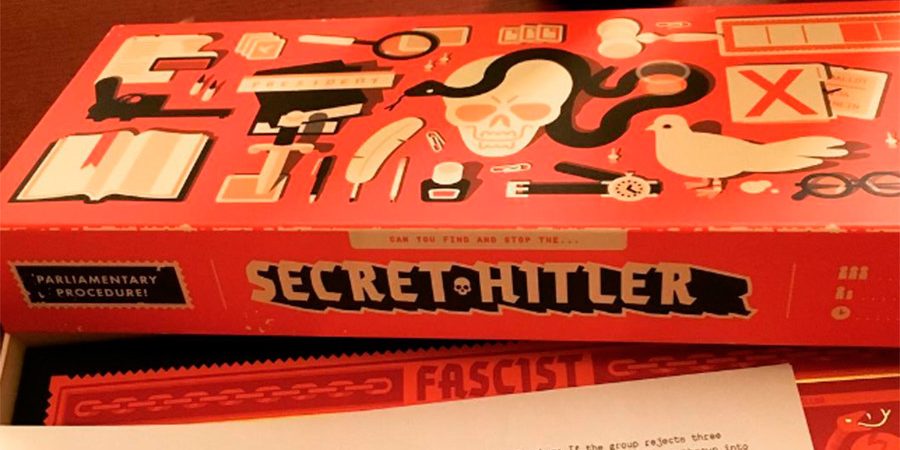 ‘Secret Hitler’ Sent to US senators as Timely Warning

Senators across the US received a copy of a new board game called Secret Hitler in a move that is part publicity stunt, part timely political statement warning of the dangers of fascism.

👉 We sent a copy of Secret Hitler to every U.S. Senator: pic.twitter.com/38tMVfmP6a

Each of the 100 US senators received a letter along with the social deduction game that models the rise of fascism in a democratic system.

“To achieve his evil ends, Adolf Hitler required the cooperation of well-meaning men who hoped to appease and control the Nazis,” the letter reads. “Our game explores that relationship and highlights the difficulty of recognizing your own manipulation before it’s too late.”

Apparently the Cards Against Humanity guys sent their new deduction game "Secret Hitler" to all the US senators. Bravo sirs pic.twitter.com/IyhiRwqMP1

“Although our game takes place in 1933 Germany, we thought you and your staff would find our game relevant as you negotiate the balance of power within the Trump White House.”

Secret Hitler players are given an identity, liberal, fascist or Hitler. The fascists are aware of their identity, and of Hitler’s, but the liberals and the player with Hitler token have no idea of their character.

The letter also highlights the importance of the senators’ role in democracy. “The legislative branch plays an essential role in a stable, functioning democracy now more than ever,” it reads.

Secret Hitler, created by Mike Boxleiter, Tommy Maranges and Max Temkin – the man behind Cards Against Humanity – has been commended by reviewers for the tough choices, lies and allegiances within the game.

Many social media users expressed envy at the senators who received the game for free.

@MaxTemkin First time I've ever been jealous of a Senator.
Or I guess a Senator assistant, they're totally gonna get that.