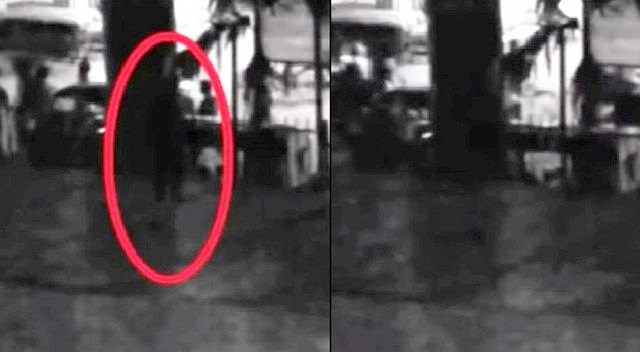 A shadow person, also known as a shadow figure, shadow being is the perception of a patch of shadow as a living, humanoid figure, particularly as interpreted by believers in the paranormal or supernatural as the presence of a spirit or other entity.

Chilling stories from witnesses of dark, ill-defined beings highlight the strange, and possibly malicious, presence of the shadow people.

With new insights from scientists regarding the structure of space/time, is it possible these entities are real – and among us? And if so, what is their connection to the terrifying psychological episodes known as “sleep paralysis”?

Footage includes shadow creatures moving past cameras in peoples’ homes, a 911 phone call with someone witnessing a shadow person, and mysterious shimmering “mass” caught crossing a fence by a security camera.

This video presents evidence of the possibility that inter-dimensional, ultra-terrestrial, or extraterrestrial entities are visiting us from beyond the darkness.

Are there shadow people? Do they live on shadow planets in shadow galaxies? Is it possible that the thousands of witnesses who share their terrifying tales have been pulled into the alien abduction experience?

Or is it possible they have peered into the malicious eyes of shadowy beings inhabiting another plane of reality?