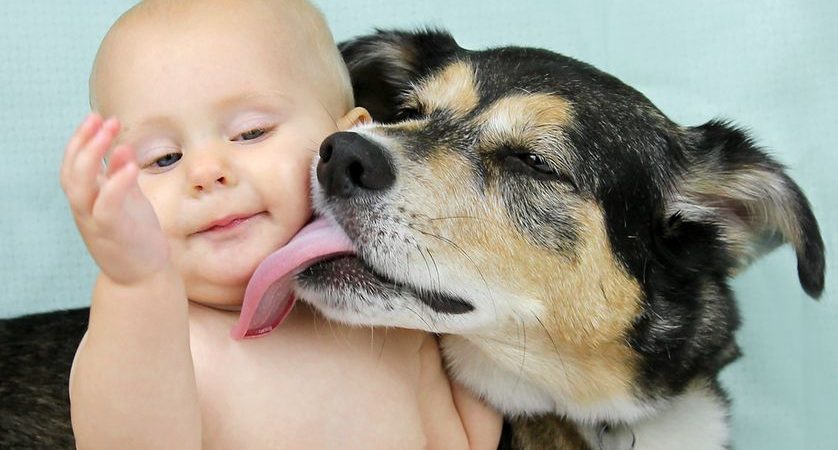 It seems harmless enough. You get nose to nose with your dog and talk to it as it laps at your mouth and cheeks with its tongue, or you come home from work and bring your lips to your dog’s in a greeting to say hello.

It may feel like the ultimate display of affection, but when it comes to such kisses, experts caution: Beware of dogs.

Dr. Neilanjan Nandi, an assistant professor of medicine at Drexel University College of Medicine in Philadelphia, said in an email that most animals’ mouths are host to “an enormous oral microbiome of bacteria, viruses and yeast.”

Dr. Nandi says a dog’s saliva has proteins that may help cleanse or heal its own wounds, but in a paragraph titled “Why Not to Make Out With Your Pet,” he noted, “There are some organisms unique to dogs that we were simply not meant to tolerate or combat.”

Some bacteria in dogs’ mouths are zoonotic, meaning the animals can pass them to humans and cause disease.

So I shouldn’t let my dog lick me at all?

“When dog saliva touches intact human skin, especially in a healthy person, it is extremely unlikely to cause any problems, as there will be very little absorption through the skin,” Dr. Kaplan wrote in an email.

However, a dog’s saliva and pathogens can be absorbed more easily through the mucous membranes of a person’s nose, mouth and eyes. Though illnesses transmitted this way are rare, Dr. Kaplan said it was best to avoid having your dog lick those parts of your face.

John Oxford, a professor of virology at Queen Mary University of London and an expert in microbiology, said he would never let a dog lick his face, The Hippocratic Post reported.

“It is not just what is carried in saliva,” he said. “Dogs spend half of their life with their noses in nasty corners or hovering over dog droppings so their muzzles are full of bacteria, viruses and germs of all sorts.”

What other illnesses can be transmitted?

Other infections, such as hookworms and roundworms, can be transmitted in a practice called coprophagia, in which animals ingest one another’s stool or by licking each others’ anuses, Dr. Nandi said in an email.

Dr. Joe Kinnarney, the immediate past president of the American Veterinary Medical Association, said in an interview that one study calculated that a puppy could have as many as 20 million to 30 million roundworm eggs in its intestinal tract in one week. He said a client’s child at his practice in Greensboro, N.C., nearly lost an eye from a roundworm infection.

It is conceivable that a dog with fecal material in its mouth could transmit an intestinal parasite to a human through licking, but that is rare, Dr. Sarah Proctor, a clinical assistant professor and the director of the veterinary technology program at the University of New Hampshire, said in an email.

More commonly, a parasite can be contracted by ingesting contaminated soil — via a home garden, for example — where pets have left their droppings.

President Obama even touched on the subject in an interview with Wired magazine that was published in August:

“I still don’t let Sunny and Bo lick me, because when I walk them on the side lawn, some of the things I see them picking up and chewing on, I don’t want that, man,” Mr. Obama said, laughing.

Are there other hazards?

Dr. Proctor says people should be aware that not all dogs want to be hugged or kissed.

“Most people do not pick up on a dog’s subtle body language that shows fear, stress or aggression,” she wrote. “Putting your face into a dog’s face and kissing it could lead to a bite on the face if you are not careful.”

Cats do not eat feces, and humans are therefore unlikely to become infected by parasites from them, according to the website petMD.

Most of those infections come from bites or scratches.

What precautions should I take?

• Make sure your pet is current on all vaccines.

• Keep your pets away from the feces of other animals.

• Wash your hands regularly with soap and water. Here’s how to do it right.

Arden Moore, who hosts “Oh Behave,” a podcast on Pet Life Radio, said in an email that she welcomed the occasional kiss from her five dogs and one cat, and kisses the tops of their heads in return.

“Pets, just like people, crave attention and affection,” she said. “As long as I remain healthy and my pets stay healthy, I will take this ‘risk’ and accept their kisses.”