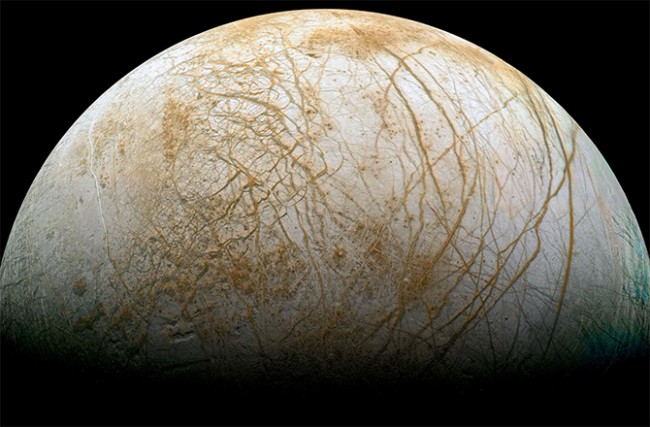 “…it could also mean that there could be water elsewhere on Jupiter’s icy satellite, potentially increasing chances of discovering life there.”

Among the Solar System’s most likely candidates for potentially hosting life are the icy satellites of Jupiter and Saturn – Europa and Enceladus respectively.

Scientists from Stanford University have suggested that weird double ridges on the icy surface of Jupiter’s satellite Europa could actually be a sign of potential shallow water pockets.

The suggestion came after the scientific team analyzed the ice-penetrating data from Greenland, finding that similar ridges in Greenland might be formed in the same way as those on Europa.

If that turns out to be true, it could also mean that there could be water elsewhere on Jupiter’s icy satellite, potentially increasing chances of discovering life there.

“Because it’s closer to the surface, where you get interesting chemicals from space, other moons and the volcanoes of Io, there’s a possibility that life has a shot if there are pockets of water in the shell,” said the study’s co-author Dustin Schroeder, an associate professor of geophysics at Stanford University’s School of Earth, Energy & Environmental Sciences. “If the mechanism we see in Greenland is how these things happen on Europa, it suggests there’s water everywhere.”

Earlier observations indicate that Europa is not all icy, harboring a deep saltwater ocean inside, but its thick icy shell making it problematic to just get a sample. Europa is considered one of the best places in the Solar System to potentially host alien life.

“People have been studying these double ridges for over 20 years now, but this is the first time we were actually able to watch something similar on Earth and see nature work out its magic,” said Gregor Steinbrugge of NASA’s Jet Propulsion Laboratory after revealing that the similarity between Greenland’s ridges and those of Europa have been discovered as a happenstance, as he and his Stanford colleagues were attending a presentation on Europa. “We are making a much bigger step into the direction of understanding what processes actually dominate the physics and the dynamics of Europa’s ice shell.” 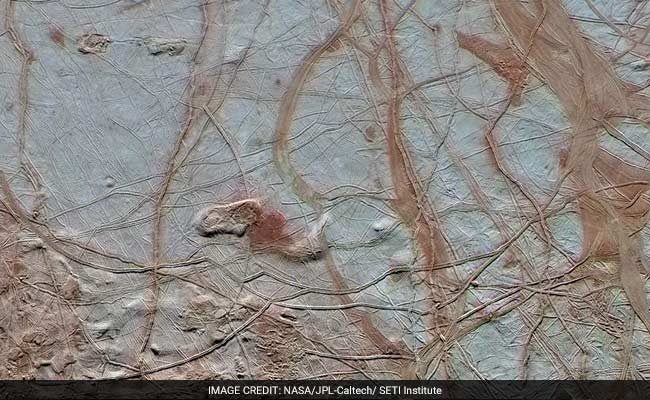 Riley Culberg of Stanford said that in Greenland, the double ridge “formed in a place where water from surface lakes and streams frequently drains into the near-surface and refreezes.”

“One way that similar shallow water pockets could form on Europa might be through water from the subsurface ocean being forced up into the ice shell through fractures – and that would suggest there could be a reasonable amount of exchange happening inside of the ice shell,” he said of Europa’s ridges.

In order for the scientists’ suggestions to receive more credible evidence, more data has to be collected from Europa’s orbit so that the team will be able to compare it to the data from Greenland. And, if more similarities are found between Greenland and Europa, the scientists believe it could lead to a “very exciting discovery.”