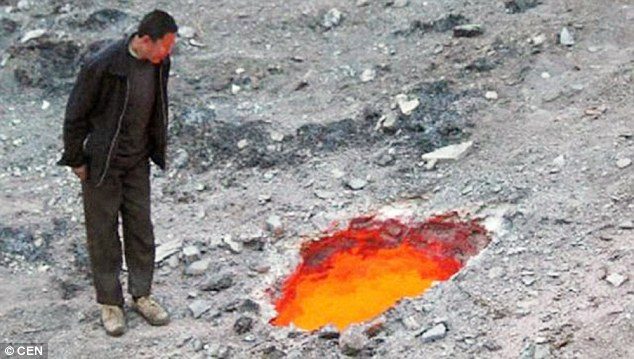 That 3ft-large sinkhole was discovered spewing fire and incredible heat in a hillside on the outskirts of Urumqi, in Xinjiang Uyghur Autonomous Region in north-western China.

The heat being released by the crater is so intense (792°C or 1457°F) that experts can’t get close enough to determine how deep the hole is. 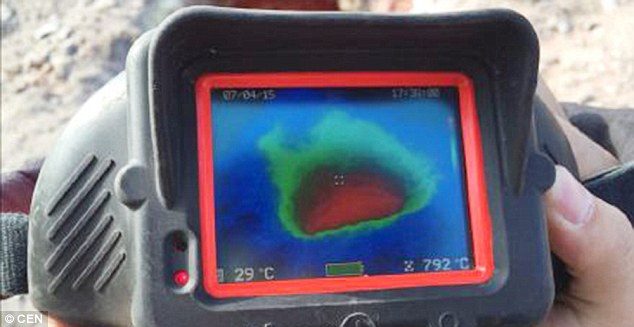 The ‘Ring of Fire’ is busting extreme heat out of the Chinese crater. Picture CEN

According to locals, the ground in that area had started to warm up for some time… But who would have thought about an underground fire?

The hill is indeed not in a volcanic area. But smoke has often been reported rising from underground on this hill during spring and autumn.

Geologists suggest the fire sinkhole was caused by an underground spontaneous combustion of coal:

“Primitive mining and extinguishing techniques caused coal to burn deep under the ground, which then burned towards the surface.”

This flaming crater reminds me of Jharia, a town in India built over a eternal burning pit that kills and terrifies locals for more than 100 years.