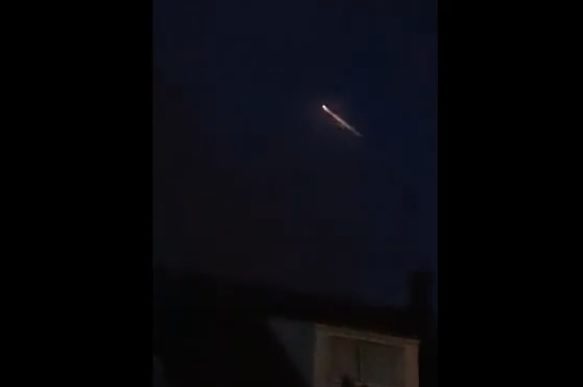 Residents of Portugal spotted a bright fiery object streaking across the sky over the country. Based on reports by eyewitnesses, it seems a small asteroid entered Earth’s atmosphere and turned into a meteor fireball over Portugal.

Details of the incident were reported by the American Meteor Society (AMS). According to the organization, the fireball incident was spotted by eyewitnesses from the states of Lisboa and Setubal.

According to the eyewitness reports, the fireball event occurred on April 28 at 4:47 a.m. UT or around 12:47 a.m. EDT. The reports indicated that the fireball had a magnitude or general brightness that ranged from -6 to -17, which means it was much brighter than the planet Venus when viewed from Earth.

Unlike other fireball events that only last for a couple of seconds before disappearing in the sky, the space rock that streaked over Portugal lasted for about a minute. This could mean that the object was large enough to endure the atmosphere’s intense heat, which causes most asteroids to break apart.

In a video uploaded by an eyewitness named V.M., the fireball slowly flew over the buildings. Its speed could also be the main reason why it was able to stay in the sky for so long.

Aside from the object’s speed, another noticeable aspect of the video is the visible trail left by the fiery object. According to another eyewitness, the fireball’s tail left a trail of smoke in the sky that slowly faded away.

Based on the video and reports by the eyewitnesses, the object was most likely caused by a meteor that entered the atmosphere. As explained by the International Meteor Organization (IMO), meteors that are over a millimeter wide are capable of creating bright fireballs in the sky.

Sometimes, these fireballs remain intact while others break apart into multiple pieces as they fall towards the ground.

“As the size of these objects approaches a millimeter, they begin to produce enough light to be seen upon entry to the upper atmosphere as ordinary meteors,” the IMO explained. “Due to the velocity at which they strike the Earth’s atmosphere, fragments larger than 1 millimeter have the capability to produce a bright flash as they streak through the heavens above.