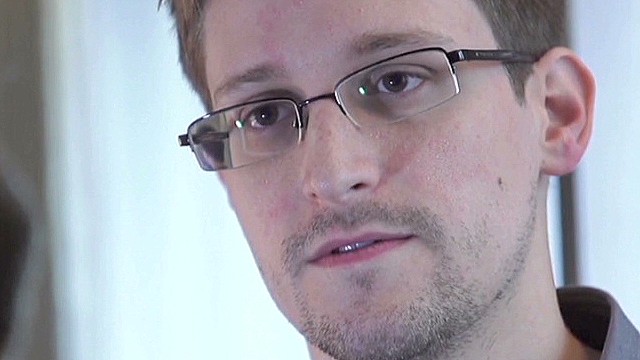 NSA WHISTLEBLOWER AND PRIVACY ADVOCATEEdward Snowden took part in his first public debate on encryption on Tuesday night, facing off against CNN’s Fareed Zakaria, a journalist and author known for his coverage of international affairs.

Zakaria, in New York, defended the government’s right to access any and all encrypted messages and devices as long as there’s court approval. Snowden, speaking over a live video-link from Moscow, argued the security of the Internet is more important than the convenience of law enforcement. The debate was organized by NYU’s Wagner School of Public Service and the Century Foundation.

Though Zakaria started off firm in his conviction that law enforcement should be able to get hold of all digital messages with court approval, he gradually conceded that it may not be that simple. Zakaria said he himself doesn’t actively encrypt any of his communications, assuming everything will be fine — though Snowden pointed out that, since he has an iPhone, some of his data and communications are encrypted by default.

Zakaria opened the debate by posing a hypothetical: Bank of America creates an “iVault” allowing anyone to store all their financial data totally encrypted. An embezzler could take advantage of that service to hide the evidence of their misdeeds, foiling investigators. “I understand within a democracy, you have to sacrifice liberty for democracy at some point. You cannot have an absolute zone of privacy,” he said.

Snowden agreed with Zakaria that absolute zones of privacy don’t exist, and that encryption does pose real problems for law enforcement. But he disagreed that universal access is the best way to solve the problem. “For the government to unlock everything there has to be a key to everything. Every other person in the world can find that key and use it too,” he said. “It’s a fundamental problem of science.”

Instead, he suggested, police should take advantage of the many other options available to them. He cited the investigation into the founder of Silk Road, an anonymous, encrypted platform for black market drug sales. In that case, a team of investigators caught the mastermind at the library after he typed in his password.

“Encryption is not an unbreakable wall,” Snowden said. “Or if it is, it is one we can get around, if we are patient, if we are careful, if we think and plan how to go about our investigations.”

By the end of the debate, Zakaria said he did not support the legislation proposed by Sens. Richard Burr, R-N.C., and Dianne Feinstein, D-Calif., which would mandate companies to immediately decrypt all communications when asked by a court. The bill has been heavily criticized by technologists.

And Zakaria acknowledged that if it was genuinely impossible for a company to decrypt communications, then the court should accept that — though it would be a “hard case.”

“If WhatsApp says we literally do not know how to write this code — WhatsApp could demonstrate to a court that they don’t have to do it,” Zakaria said.

He concluded by encouraging greater clarity about what kind of communications the government can and cannot access — before the next disastrous terrorist attack. “We do face real threats out there. There are people out there trying to do bad things. Once they happen, the government will be given carte blanche,” he said.

Snowden noted that former security officials now proclaiming the value of unbreakable encryption — including former NSA Director Michael Hayden — had considered those questions carefully and had fallen on the side of computer security.