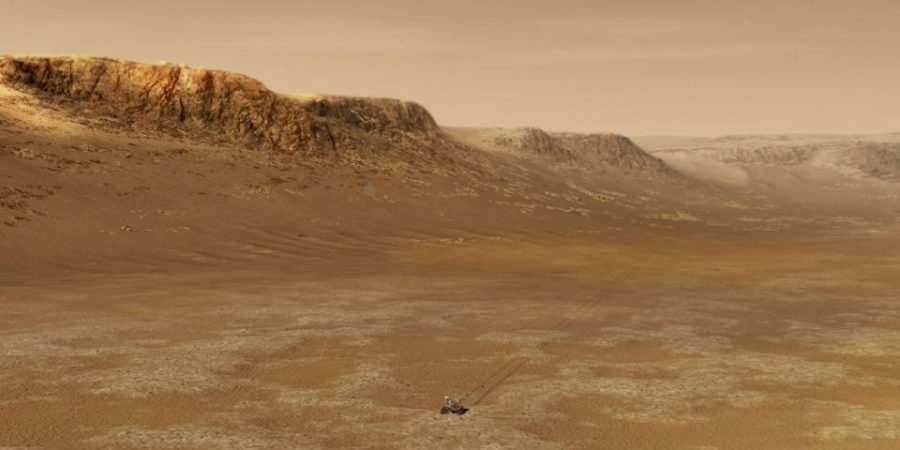 Some Earth Organisms Could Temporarily Survive on Mars, Says NASA

I always wondered about this. I don’t think we (scientists) really have any idea how long some organisms could actually survive on Mars, the moon or any other planets, but they claim it would be temporary.

by Mariella Moon
via Yahoo News

We could unknowingly contaminate Mars and any other world we’re exploring in the future with microorganisms from our planet. Scientists from NASA and the German Aerospace Center launched several fungal and bacterial organisms to the stratosphere back in 2019 as part of the MARSBOx experiment. The stratosphere, the second major layer of the Earth’s atmosphere located above the ozone layer, has conditions that closely resemble the Red Planet and is perfect place to send samples to in order to figure out if they’d survive on Mars. Now, the scientists have published a paper on their findings, where they discussed how the spores of black mold survived the trip.

The microorganism could only live on the surface of Mars temporarily to be precise, but the researchers found that the spores could be revived after they returned home. The team placed fungal spores of Aspergillus niger and Salinisphaera shabanensis, Staphylococcus capitis subsp. capitis and Buttiauxella sp. MASE-IM-9 bacterial cells inside the MARSBOx (or Microbes in Atmosphere for Radiation, Survival, and Biological Outcomes Experiment) aluminum container. There were two sample layers inside the container, with the bottom one being shielded from radiation so NASA can separate the effects of radiation from the effects of other environmental conditions. A NASA balloon carried the container to the stratosphere, where the samples were subject to Martian-like conditions and exposed to UV radiation over a thousand times more than the levels that cause sunburn.

So, what does Aspergillus niger surviving the trip mean for space travel? As Katharina Siems, a team member from the German Aerospace Center, said:

“With crewed long-term missions to Mars, we need to know how human-associated microorganisms would survive on the Red Planet, as some may pose a health risk to astronauts. In addition, some microbes could be invaluable for space exploration. They could help us produce food and material supplies independently from Earth, which will be crucial when far away from home.”

Last year, NASA updated its policies to reflect its stronger commitment to preventing the Moon and Mars from human contamination. The agency wants to make sure it doesn’t unknowingly take organisms or other contaminants from Earth to other worlds, since that could compromise the search for extraterrestrial life. Bringing them home from other worlds could also negatively affect our environment. Siems explained that experiments like the MARSBOx mission “is a really important way to help us explore all the implications of space travel on microbial life and how we can drive this knowledge towards amazing space discoveries.”