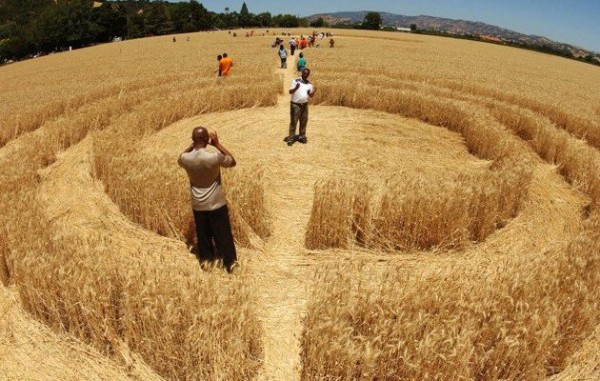 Some Scientific Facts About Crop Circles That Nobody Really Knows About

Crop circles have been appearing around the globe for a very long time, and while some might represent the sloppy and obvious work of a few pranksters, others are so elaborate, so clever, so intricate, and so meaningful that their creation would require the use of highly advanced technology. It’s truly difficult to imagine how some of these designs could be done in the dead of night, with no footprints left behind, in just a few hours of time.

“Some of these formations are so immense and complex as to defy reason. And after all these decades, none of the perpetrators have been caught in the act of making any of the truly extraordinary formations.” – Richard Dolan, historian, academic, author, and one of the world’s leading UFO researchers

The circles that are most likely to be genuine have actually been being studied by reputable scientists from all over the world for decades. For example, Richard Taylor, a University of Oregon physicist, published a paper on them in the 2011 issue of Physics World, stating:

Crop circle arts are not going to give up their secrets easily. This summer, unknown artists will venture into the countryside close to your homes and carry out their craft, safe in the knowledge that they are continuing the legacy of the most science-oriented art movement in history.

Yes, you read that correctly: “the most science-oriented art movement in history.” What would cause a physicist to conclude that these works do not have an extraterrestrial explanation? or to even consider the issue seriously? This photo might offer some clues: 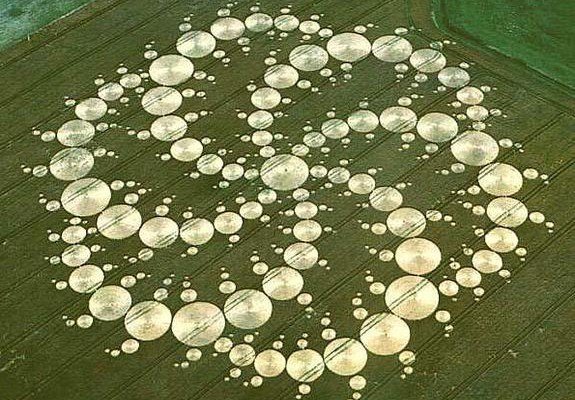 Above is a picture of an 800 foot crop circle that appeared in Wiltshire, England back in 2001. It caused a lot of commotion, and as you can see, it was very beautiful and extremely complex. The design consisted of 409 circles that form what’s known as a triskelion, a symbol that dates back thousands of years. There is some great footage of it in the documentary Crop Cricles: Quest for Truth by Academy Award-winning director William Gazecki. You can view that here

“It was so large that it took us half an hour to find the center.” (quote taken from video link below)

There are some more great images of it in this YouTube video. You can also see footage of it taken by a helicopter flying above from the documentary Thrive in this video (at the 26.16 minute mark). This circle marks just one of thousands of verified formations that continue to baffle scientists, researchers, and onlookers alike.

Richard Taylor, the aforementioned scientist who studied these circles, again expressed his belief that this was one of the greatest art revolutions in history when he published his scientific analysis of crop circles in the journal Nature in 2010.

After studying the affected grass in the lab, he concluded that the circle makers must be using GPS devices, lasers, and microwaves to create these designs because the nodes of some of the stalks had been blasted out on one side. This same effect has been replicated by highly localized microwave heating, which is what causes the stocks to flop over to one side.

While he was able to come up with a scientifically feasible explanation for this phenomenon, he fails to address how hoaxers could come into possession of such advanced technology. It’s clear that there would be no other way to make some of these circles, so what is really going on here?

“If something like this caused the formations, then we are clearly talking about a highly sophisticated agency behind the phenomenon.” – Richard Dolan

Did you know that the electromagnetic field over the area where a circle appears is usually electrostatically charged? Or that there is a rare form of electromagnetic energy called an “ionized plasma vortex,” also known as ball lighting, involved with these formations?

The helicopters you see in the video are military helicopters. Military involvement with UFOs is well documented, and this should be no surprise. For more information on that you can read this article.

These are verified facts, which is why studies published in scientific journals have tried to come up with explanations that differ from unknown or extraterrestrial. For example, Dr. Terence Meadon, a professional physicist, meteorologist, and archaeologist at the University of Oxford, said that these balls of light are a result of wind currents and ionized plasmas. Whatever the case may be, the fact that scientists are taking note should signal that this phenomenon is worth our attention.

“The patterns of the formations themselves have been studied endlessly. Aside from being supremely beautiful, many seem to be messages in one form or another, often with cosmological implications. None seem ominous or evil. If one receives any sense or feeling from them, it is benevolence. If it were to be the case that these formations are created by an extraterrestrial or non-human intelligence, we may conclude that at least one of the groups here might in fact care about us and wish to help us.” – Richard Dolan

So, the next time somebody tells you about a crop circle, perhaps you should think twice before brushing it off as a hoax. Although many of them are, some truly do seem to be otherworldly.