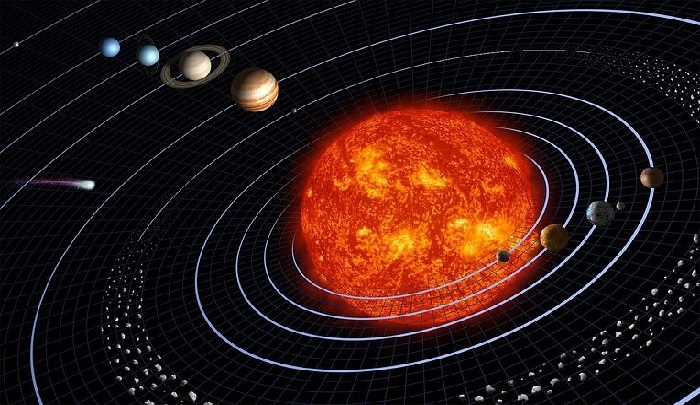 Something is Causing Volcanoes to Erupt Throughout Our Solar System

Earth’s slowing rotation was the reason given for possible increase in large Earthquakes for 2018 and beyond, however, nothing was mentioned about it also increasing volcanic activity but logic would say that this would also be the case, and it does seem to be happening. But now we see that it is happening throughout our solar system. One would think that perhaps there is more at play here.

Is this a sign of something massive moving through or maybe near our solar system?

Comet 46P/Wirtanen is set to make a close approach to Earth in December 2018. It is the only known or acknowledged object out of the norm currently and it will be visible to the naked eye in in December (2018). Could this comet be affecting the planets of our solar system, even if it is, no one is going to admit it.

NASA’s Juno spacecraft recently spotted a possible new volcano at the south pole of Jupiter’s most lava-licious moon, Io. But this volcanically active moon is not alone in the solar system, where sizzling-hot rocks explode and ooze onto the surface of several worlds. So how do Earthly volcanoes differ from those erupting across the rest of the solar system?

Let’s start with Io. The moon is famous for its hundreds of volcanoes, including fountains that sometimes spurt lava dozens of miles above the surface, according to NASA. This Jupiter moon is constantly re-forming its surface through volcanic eruptions, even to this day. Io’s volcanism results from strong gravitational encounters between Jupiter and two of its large moons, Europa and Ganymede, which shake up Io’s insides.

Rosaly Lopes, a senior research scientist at NASA’s Jet Propulsion Laboratory in Pasadena, California, managed observations of Io between 1996 and 2001, during the Galileo spacecraft mission to Jupiter.

“Io has lots of caldera-like features, but they are on the surface,” Lopes told Live Science. “There are lots of lava flows and lots of lakes. Lava lakes are pretty rare on Earth. We have half a dozen of them. We think they have occurred in the past on Venus and Mars. But on Io, we actually see lava lakes at the present time.” Hawaii’s Kilauea volcano is one such spot on Earth dotted with lava lakes.

Juno scientists asked for Lopes’ help in identifying Io’s newly found hotspot. She said the new observations of Io are welcome, because Galileo was in an equatorial orbit and could rarely see the poles; by contrast, Juno is in a polar orbit and has a much better view. There are some hints that Io might have larger and less-frequent eruptions at the poles, she said, but scientists need more observations to be sure.

Venus and Mars volcanoes are all right tonight

Venus also appears to have active lava flows on its surface, where temperatures reach more than 800 degrees Fahrenheit (425 degrees Celsius). The few Soviet Venera spacecraft that landed there in the 1970s and 1980s lasted only a short while. Lopes said it’s unclear if Venus has active volcanoes currently, although multiple observations from Europe’s past Venus Express mission suggested it might. One example is Idunn Mons, which is a hotspot that may have erupted relatively recently.

Venus has dome volcanoes, or volcanoes with lots of peaks, although these volcanoes might be inactive. This kind of volcano is also common on Earth. A dome volcano is formed from eruptions of viscous (sticky) lava, with only a small percentage of gas that oozes out.

“Volcanologists call it two-face lava, because it hides itself and oozes out,” Lopes said. Mount St. Helens, in Washington state, is one such example, with several of these lava domes dotting its crater. Venus  is also populated with other types of volcanoes and volcanic features — pancake domes (which look like pancakes), arachnoids (eroded calderas that look like spiders), lava flows and volcanic plains.

Venus and Mars also have shield volcanoes, a type of volcano made up almost entirely of fluid lava flows. (Shield volcanoes are common on Earth, in Hawaii in particular, Lopes said.) Mars possesses the highest volcano in the solar system — Olympus Mons — and several other monster volcanoes, perhaps because its gravity is lighter than Earth’s and the volcanoes can grow taller.

On Mars, the volcanoes appear to be dormant, as there are no visible recent lava flows on the surface. There’s extensive evidence of past volcanism, though. There are flood plains of basalts, as well as other types of volcanoes that “were formed by more explosive volcanism, because they are highly eroded on the flanks,” Lopes said.

Other worlds in our solar system also had lava volcanism in the ancient past, including Earth’s moon, Mercury and the dwarf planet Ceres, Lopes said. And then there are worlds with possible cryovolcanism — or icy volcanoes — in which the erupting material is water, or water mixed with nitrogen or methane.