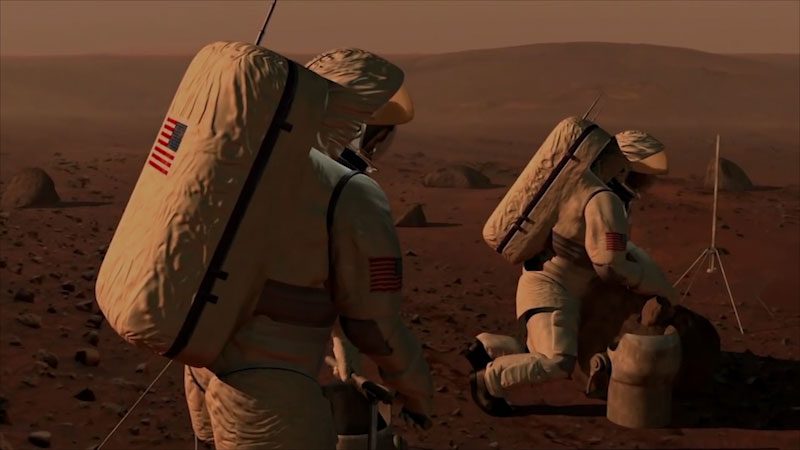 “Cockell noted that humans can degenerate very quickly when under severe conditions, and so if things were to go wrong on a space colony, people could turn to eating each other.”

Two scientists have suggested there is a very real possibility the first space colonists may turn to cannibalism, noting that failures in crops and a lack of supplies may leave people with very few choices.

Speaking with the Metro on Sunday, Charles Cockell, a professor of astrobiology at Edinburgh University, and Dr Cameron Smith, a space technology researcher, suggested that the first people to permanently leave Earth to colonize another planet would face some pretty fundamental challenges.

The experts noted disease, food shortages, and an inability to become self-sufficient as the biggest challenges that would face any space colony.

With most planets in our solar system ruled out due to inhospitable atmospheres, the pair suggested Jupiter’s moon Callisto and Saturn’s Titan could be possible destinations, meaning help from Earth would be years away.

With that distance from Earth in mind, the experts suggested that a tester colony closer to home could be a good idea, with our moon or Mars being the prime candidates. “The systems have to be really reliable and that’s why they need to be tested before,” Cockell said.

The astrobiologist claimed that there was a high probability of failure for such an expedition, noting John Franklin’s lost expedition to find the north-west passage in 1845. “They had tinned food, which was the new technology – and yet, they got lost, stranded and they ended up degenerating into cannibalism,” he explained.

Cockell noted that humans can degenerate very quickly when under severe conditions, and so if things were to go wrong on a space colony, people could turn to eating each other.

Smith was less certain that people would start eating each other, suggesting they would at least wait until their intended food had died, but he reiterated that food supplies and production would be a major issue.

He gave the example of the Uruguayan football team who were stranded after a plane crash; they did turn to cannibalism, but they only ate those who had already died.

“One of the first things that they would have to do is establish a really good farming system and put in a lot of stored food,” he explained.

Smith also noted the challenges disease might bring, suggesting space colonists may be forced to separate into groups and quarantine to avoid contagion.

However, such space colony issues are unlikely to be an immediate concern, with Cockell believing the technology required for a Mars colony won’t be ready for another 30 to 40 years. Smith was less optimistic, suggesting an attempt at a space colony is only likely at the end of the century.