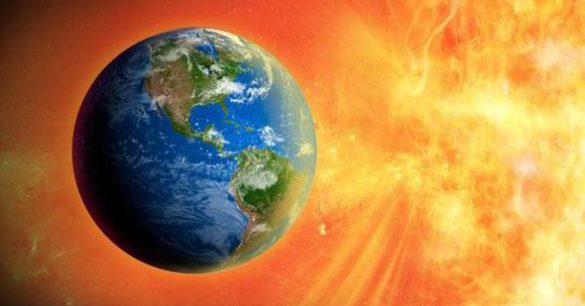 If you live one of the states in the Upper Midwest portion of the U.S. and you’re looking for something else to worry about besides the election, the Packers and bad cheese – this may be it. A new study by the U.S. Geological Survey has determined that this area, particularly the states of Wisconsin and Minnesota, suffers from enough space storms that it should be designated as a space storm alley. Is it bad enough that these states should consider posting signs on their borders that read ‘Now Entering Foil Hat Area’?

Worse. According to the study, published in the journal Geophysical Research Letters, it means this area’s power grid is in danger of being regularly and severely disrupted by intense geomagnetic storms – those disturbances in the Earth’s magnetic field caused by coronal mass ejections full of electrically charged particles spewed at us without regard for our safety by the Sun. One powerful blast could knock out a major portion of an area’s power grid, which can easily cascade around the country, causing damage and destruction that could take months to repair and even longer to recover from. 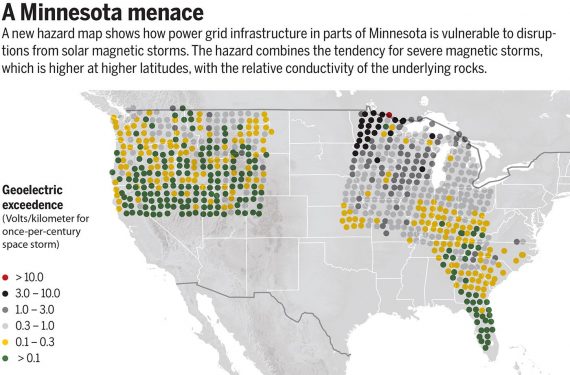 What did Wisconsin, Minnesota and the rest of the frigid, tanless Upper Midwest do to deserve this punishment from the Sun? Being in the Great White North, for one thing. The Earth’s donut-shaped magnetic field deflects some of the space storm energy to the upper latitudes, where it deceives us with pretty Northern lights that are nowhere near enough to gives us illumination when it knocks out the power. 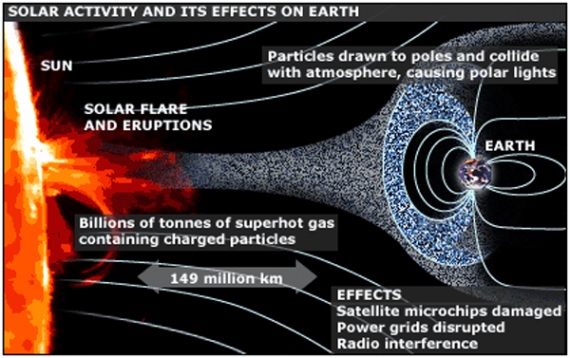 The other reason is less known and more mysterious. It appears that parts of the Earth’s crust are more electrically conductive than others. Using voltmeters inserted in the ground to measure electrical flow, the study found that the Upper Midwest is covered with highly-conductive sedimentary rock over a layer of non-conductive, insulating igneous rock. This creates a electrical perfect storm for space storms, giving the energy a place to build up and travel while knocking out grids. 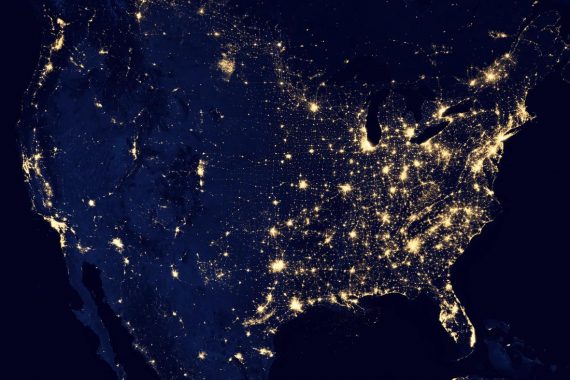 The detailed geoelectric hazard maps created by the study show which areas are most likely to get hit by space storms, making them most vulnerable to massive outages. This will allow energy companies to design power grid structures in those areas to prepare for them and for governments to put more emergency programs in place.
Is there anything people living in the space storm belt can do? Check out some real estate in Arizona.