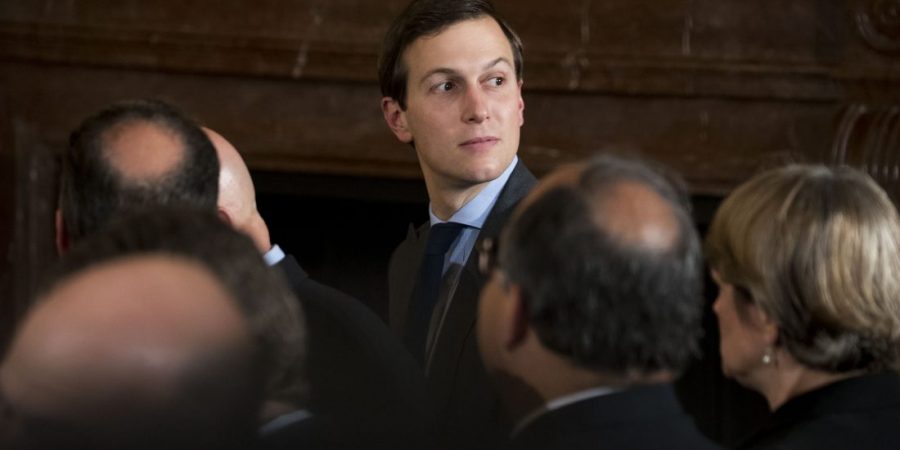 President Donald Trump’s son-in-law Jared Kushner’s contacts with Russian interlocutors during the transition may be examined by the Federal Bureau of Investigations (FBI) as part of its ongoing inquiry into alleged meddling by Kremlin in the 2016 US presidential election, media reports said. Mr. Kushner is a senior adviser to the President and is influential in policy matters.

First reported by Washington Post, and followed up by others, revelations about Mr. Kushner is the latest in a series of leaks from security officials that put Mr. Trump on the defensive. Reports quoting anonymous sources have so far suggested Mr. Trump’s aides and advisers had contacts with Russian ambassador and other officials, which are under investigation. Transition team of incoming Presidents routinely interact with foreign diplomats and business representatives.

Mr. Kushner met Russian ambassador Sergey Kislyak and with Russian banker Sergey Gorkov, chairman of VneshEconomBank, a Russian state institution that has been under US sanctions since July 2014. Mr. Kushner’s relationship with former National Security Advisor Michael Flynn — who resigned after it emerged that he discussed sanctions with Mr. Kislyak in a conversation wiretapped by U.S intelligence — could also come under FBI scrutiny.

While Mr. Flynn, and former official of Trump campaign Paul Manafort are targets of the FBI investigation, Mr. Kushner is not a target, but a subject of investigation, according to reports based on conversations with officials. The distinction is that the investigators do not suspect wrongdoing by Mr. Kushner at this point.

“Mr. Kushner previously volunteered to share with Congress what he knows about these meetings. He will do the same if he is contacted in connection with any other inquiry,” said Jamie Gorelick, his attorney. He has not been contacted by the FBI yet.

The Democratic National Committee (DNC) has called for Mr. Kushner’s security clearance to be suspended, while the FBI conducts its investigation. A DNC statement said: “The FBI’s Russia investigation reached Trump’s backyard, and now it’s in his house. Kushner’s security clearance should be suspended until the FBI’s findings are complete.” Last week, when news reports said that a White House official was in the ambit of the investigation, Press Secretary Sean Spicer had said: “As the president has stated before — a thorough investigation will confirm that there was no collusion between the campaign and any foreign entity.”

Former FBI director Robert S. Mueller III is overseeing the FBI investigation as a special counsel and there are multiple investigations by Congressional committees also underway.