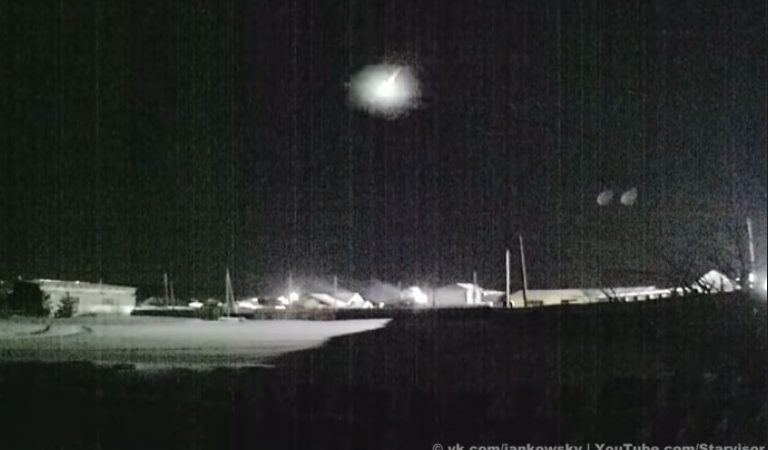 A meteor put on a spectacular show as it streaked across, and exploded over Russia’s Urals region. It was caught on camera lighting up the night sky.

Photographer Ilya Jankowsky captured the stunning spectacle in the town of Irbit in Sverdlovsk Oblast on Thursday night.

The amateur astronomer captured footage of the impressive natural light show as a meteor shower swept across the Urals. The meteor erupted into life as it burned up while entering Earth’s atmosphere shortly after 3am local time.

The dazzling burst of light was so bright that it was observed around 800km away in Omsk, as well as in Chelyabinsk, Kurgan and Tyumen regions.