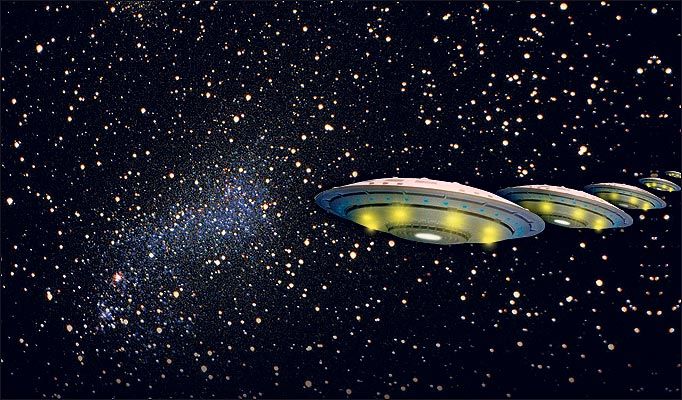 Stanford Physicist claims we have physical evidence of UFOs

The evidence of UFO exists and those include radar reports according to a professor of applied physics at Standford University.

Sturrock claims Radar can be considered as physical evidence when it comes to UFO sightings.

The emeritus professor of applied physics has a vast experience working with radar and his expertise dates back to World War II. While Sturrock was studying at Cambridge university, he interrupted his studies in order to help in the war and joined the Telecommunications Research Establishment in 1942 which today is known as the Royal Radar Establishment. At TRE, he helped developed radar systems, a working experience which makes him one of the best people on Earth in interpreting UFO Radar data.

In 1973, a four-man crew Army helicopter was traveling from Columbus towards Cleveland when a UFO intercepted them at around 10:30 PM:

“This craft, from the angle that we saw it, was cigar-shaped. It had no wings, no vertical or horizontal stabilizer, was approximately 60 feet long, 15-20 feet in height. We were at 1,700 feet, then this craft began to move slowly to the west away from us. At this time, I was worried we were going to hit the ground, and I looked at my altimeter and our helicopter was at 3,500 feet, climbing 1,000 feet a minute with no changes in the control. We went from 1,700 feet to 3,500 feet in a matter of seconds and never knew it!,” Lawrence Coyne, the commander of the helicopter recalled.

However this mysterious UFO encounter was also seen from the ground:

“I had driven a few blocks from my house and was driving north on Paul Boulevard. I stopped the car once I saw how close the UFO was above the tree line overlooking Sunset Park. The chopper was beneath my view. Here in plain view was the UFO, green light on the front, white light and a red light on the rear on a nearly sixty-foot long dark metallic gray object that had the appearance of a cigar shaped stogie. I sat in my car marveling at its appearance. It made no sound. Suddenly the UFO shot off towards the northwest and in literally seconds it was the size of a star in the distance. Even faster, the object disappeared from sight.” said Bill Carver, one of the witnesses.

Usually, when a UFO sighting is registered, skeptics will always ask for evidence that can support the sighting was in fact, with an aerial object that cannot be identified. This is why, radar evidence is certainly the biggest piece of evidence anyone can have in regards to UFOs.

NATALIE ALLEN, CNN ANCHOR: Some scientists in the know about

UFOs are issuing a report that may heat up speculation about

The physicist who headed up that panel is Peter Sturrock, who

joins me now from Stanford, California.

Thanks for joining us, sir.

ALLEN: Well, tell us about the sightings that you believe need

physical evidence they found in the course of their research.

And the only question asked of the panel was that, do you

evidence, might eventually lead to answers to the problem of

understanding the cause or causes of UFO reports? And the panel

felt, yes, this would be a promising line of research for the

ALLEN: So can you give us an example of a particular sighting

they may examine further?

STURROCK: Well, there were many examples given, ranging from

photographic evidence through radar, through ground traces. But

the panel, in particular, is interested in cases with more than

one kind of physical evidence. And one of those occurred in

France in 1981. It is, unfortunately, a single-witness case. But

the witness, who was working in his garden, heard a whistling

sound, saw a strange object land on his terrain and then leave.

In France, they have an official data collection and

So the next day, the Jondomery (ph) (gendarmerie i.e., ed.) came

out and took photographs, took samples of the plants. A little

later, scientist from the space agency came out, took further

samples of the vegetation, which were alfalfa plants. And they

found there were indentation in the soil that would have taken

about 1 ton to produce, and the vegetation has strange

biochemical changes, which could perhaps be caused by

micro-radiation; they didn’t know what.

physical evidence. The panel really urges a search for cases

with many witnesses and more than one kind of physical evidence.

ALLEN: I believe I read that you have said that you believe

there should be more emphasis placed on the physical evidence as

witness testimony, and you have to have physical evidence that

we analyze in the laboratory. And these are really quite

different kinds of activities. And it probably would be good if

different people, or different teams, were involved in the two

It may take an official organization, as in France, to collect

the data that can then be provided to university scientist or

another scientist to analyze the data.

ALLEN: You’ve also said that this field of UFO study is in a

very unsatisfactory state of ignorance and confusion. Why do you

people have an interest in?

STURROCK: Well, I think basically it’s because there has been no

sponsored research in this area. Almost all scientific research

institution, like a corporation or a university. UFO research

has no such support.

ALLEN: Do you think you could get a corporate sponsor?

STURROCK: Did you say, do I think we can?

STURROCK: That remains to be seen. I’m not looking for it.

ALLEN: How else would you try to fund this research?

STURROCK: I’m not trying to fund it. I’m simply trying to —

carried out if there are any organizations or any other

countries who wish to pursue it. Now there are programs in Chile

and in France. And if three or four other countries would set up

really quite low-level research projects, then in a few years,

we may have some serious answers.

ALLEN: How much would you like to see an answer to the scenario?

You told us about this fellow in Europe. Do you have a

particular interest in that story, since you shared it with us?

STURROCK: No, I have no particular interest in any particular

story. I find it a challenge that there have been UFO reports

for 50 years, and they have been pretty much ignored for 50

years. I hope they will not be ignored for the next 50 years.

ALLEN: And what about you personally? Are we alone? Do you think

something or someone has landed here?

STURROCK: Oh, that is entirely a separate issue. Most

astronomers and most physicists believe that we probably are not

alone, that there are other life forms on other planets or on

other stars. But most physicists believe it is quite possible to

travel from one star to another.

ALLEN: Peter Sturrock, thanks for joining us