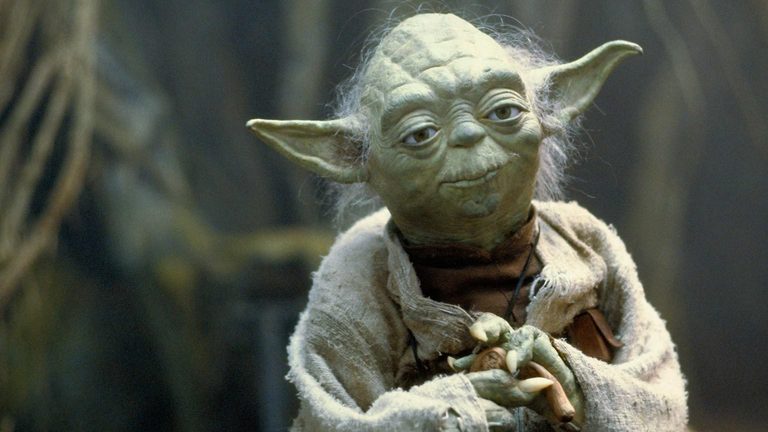 Star Wars movie franchise has millions of fans across the world. The reason behind this is that people subconsciously know that The Force could be real.

Author, Jon Rappoport, claims that all of these themes in the Star Wars films ring true with their audiences because deep within our subconscious we know them to be fundamentally true. Rappoport suggest that advance technology and paranormal ability is innate among us and that we have been suppressed so that we forget what we are truely capable of.

Suppose these societies we live in, these civilizations, are built to exclude such possibilities. Suppose, in the glorification of technology, an omission has occurred—an intentional omission. Suppose a deadening “realism” is the arbitrary substitute for paranormal ability. Suppose this is a long con of immense obfuscation.

Read Dean Radin’s classic, The Conscious Universe: Radin presents a compelling case via a far-reaching analysis of paranormal laboratory experiments and their results.

Two years ago, Radin spoke at a conference, Electric Universe, in New Mexico. He described his recent pilot study on time and precognition.

A small group of advanced meditators who use the “non-dual” technique, were tested. While meditating, they were subjected to random interruptions: a flash of light and a beeping sound. Measuring their brain activity, Radin found that significant brain changes occurred BEFORE the light flashes or the beeps.

A control group of non-meditators were tested in exactly the same way, but their brain measurements revealed NO such changes.

In other words, the brains of the meditators anticipated the timing of the unpredictable interruptions.

The future was registering now. This, of course, opens up another way of thinking about time.
Serial time, the idea that, in this continuum, we experience a smooth progression of moments, with the present becoming, so to speak, the future, is the conventional view.

If time is deeply rooted in perception, Dean Radin’s study indicates that this perception extends to the future. If people can register the impact of the future now, then our notions of time are up for grabs.

So are conventional concepts of cause and effect, which rely on chains of events moving like trains from the past to the present. We need to consider that causes can sit in the future and produce their effects in the present.

The conclusion of the study was that the reported subjective experience of exceptional spaciousness, or timelessness, reported by some advanced meditators, appears to be objectively correct. That is, their subjective sense of ‘now’ appears to expand substantially, and our experiment indicates that this was not an illusion.

Consider what could be the most astonishing extension of Dean Radin’s work: suppose that for those elements of the future that aren’t yet planned or on the drawing boards at all, people can still register their presence in advance. Then we would be talking about the human capacity to reach out into a vacuum, a nothing, and still “bring back” what is going to happen.

Back to Star Wars. Jedi undergo training to improve their ability to see into the immediate future, to know, in advance, what is about to happen seconds before it does—for example, in battle against an opponent. In this sense, that process mirrors what Radin has been researching and confirming. Is it any surprise that the movie audience feels a resonance with Jedi abilities? We are talking about more than just fantasy wish-fulfillment.

Another kind of training existed in early Tibet. Those “Jedi” utilized a method of visualization that, in its concept, challenges virtually all systems of spiritual practice. I’m talking about “deity visualization.”

The early Tibetan school of the “paranormal” was undoubtedly the most original in the history of the planet. It also speaks to the idea that, through training, through the development of the faculty of imagination, the individual can regain and restore what was originally his, before socialization, indoctrination, and “realism” submerged his own power.

The Star Wars films reinstate the concept of the advanced academy, where students actually train to enhance their inherent capacities. Therefore, the movies are more than spectacles. They firmly suggest that training, if it existed, would be the key to outdistancing the programmed and illusory dimensions of the world people believe they live in.

The films reawaken the idea of individual power—not as some bedraggled tag-end appendage going extinct as a result of “higher social evolution”, but as a primary alive and electric core that has been stepped on and rejected by engineers of a mass future, in which individuals are supposed to be numbers and units and ciphers in a dimmed-out gray utopia, for the sake of some misbegotten counterfeit of universal justice and equality—neither of which, when the veneer is peeled away, is just or equal.

There, for those who can see, is the illusion.
The reality is the individual, alive and awake with his amnesia stripped away, and his power intact. Again.