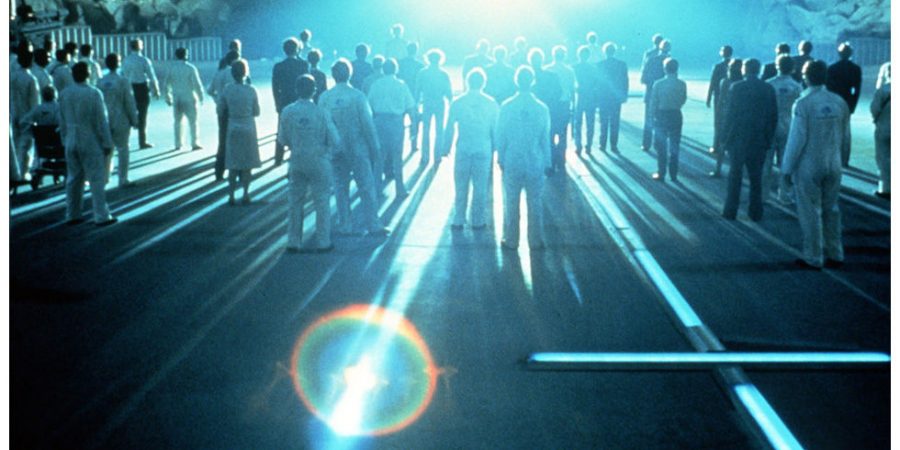 While Steven Spielberg’s sci-fi classic Close Encounters of the Third Kind is renowned for its sense of cinematic mystery and awe, the meta-fiction that surrounds it was just as intriguing.

And in 2005, information posted to the internet by a group of US Defense Intelligence Agency insiders gave rise to the notion that Close Encounters could actually be portraying real events.

It’s certainly one of those instances where the truth is just as strange, and engaging, as the fiction.

To celebrate the 40th anniversary of Close Encounters, the film is getting a 4K remaster re-release – so it’s a good time to delve into the stories that surround it.

Spielberg’s dream – based on reality?

Spielberg had wanted to make an alien film since he was a boy, when he and his father watched a meteor shower in New Jersey.

He had dealt with the subject matter before – with 1964’s low-budget Firelight, written and directed when he was just 17 – but the success of Jaws meant he was awarded the right to make a film any way he wanted.

An astronomer hired by the US Air Force to examine UFO sightings in the late 1940s, Hynek was also advisor to a group of investigators created by the government to determine whether UFOs posed a threat to America. 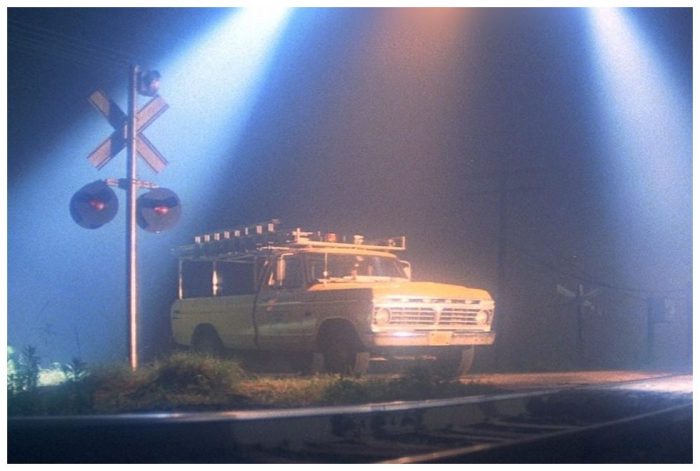 The more cases he looked at, the more his position changed from skeptic to a believer in the unexplained.

The events in question are those of ‘Operation Crystal Night’ – commonly referred to as ‘Project Serpo‘ – an alleged top-secret exchange programme between the United States government and an alien planet.

Bear with us here.

The story goes that a team of 12 humans travelled to Serpo with a survivor of the infamous Roswell flying saucer crash, after the establishment of a relationship between the American government and the people of its home world.

The closing scenes of Close Encounters depict 12 people trained and ready to board the mothership; 10 men and two women.

The numbers match the original story, which claims that the personnel visited the planet between 1965 and 1978.

All of them have since allegedly died (due to exposure to high radiation levels during the trip). 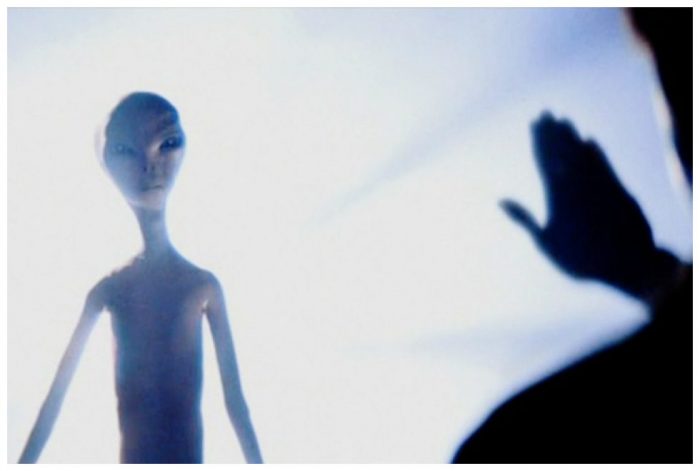 © Columbia Pictures
Could the visitors in Close Encounters be based on ‘Ebens’, short, brown creatures from the planet Serpo?

It’s speculated by conspiracy theorists that although the story of ‘Project Serpo’ didn’t come to light until 2005, when an anonymous group of “former military insiders” ‘testified’ that the exchange took place, Spielberg somehow knew about it, and tailored his film to match.

Some say Dr Hynek passed information to the director that NASA did not want made public.

Interestingly, in a 1978 edition of the now defunct Cinema Papers magazine, Spielberg said: “If NASA took the time to write me a 20-page letter, I knew there must be something happening. When they read the script, they got very angry and felt that it was a film that would be dangerous.”

Adding to the strange claims are the bizarre problems that plagued the film’s production.

During one torrential downpour, a large portion of the huge disused aircraft hangars being used as a sound stage was damaged when lightning struck. 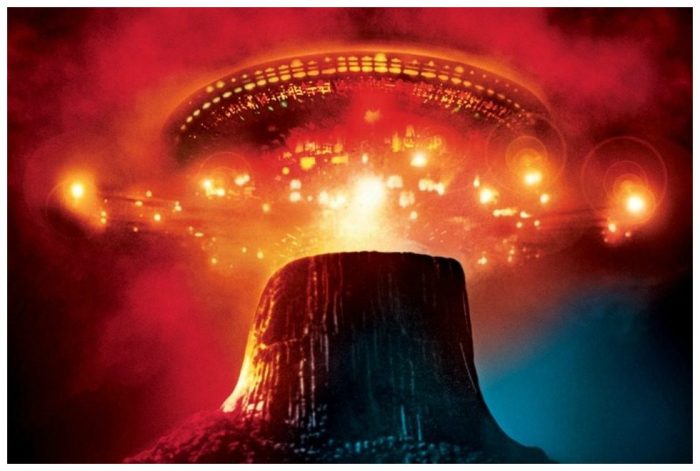 © Columbia Pictures
The making of Close Encounters was “twice as bad and twice as expensive” as Jaws.

With technical difficulties hampering production, Spielberg called the effort of making Close Encounters “twice as bad and twice as expensive” as Jaws. Which is saying something.

The truth is out there

While the story of ‘Project Serpo’ persists, there’s no substantial evidence for the claims of a real-life Close Encounters – so it should no doubt be taken with a pinch of salt.

In the 2014 documentary Mirage Makers, US government agents claim they spent decades giving fake evidence of extraterrestrials to gullible ufologists, in an effort to make it easier for the government to spot when the UFO community was really getting close to the truth.

One such agent was Richard Doty. He admits to having infiltrated UFO circles to spread false stories.

It raises the question of whether such officials drew directly on the plot of Close Encounters after its release to flood the community with odd rumours.

Of course, there’s always the alternative. That the film is indeed based on real events, a conspiracy and cover-up, that Spielberg knew about…

Close Encounters of the Third Kind is re-released in cinemas on September 15.