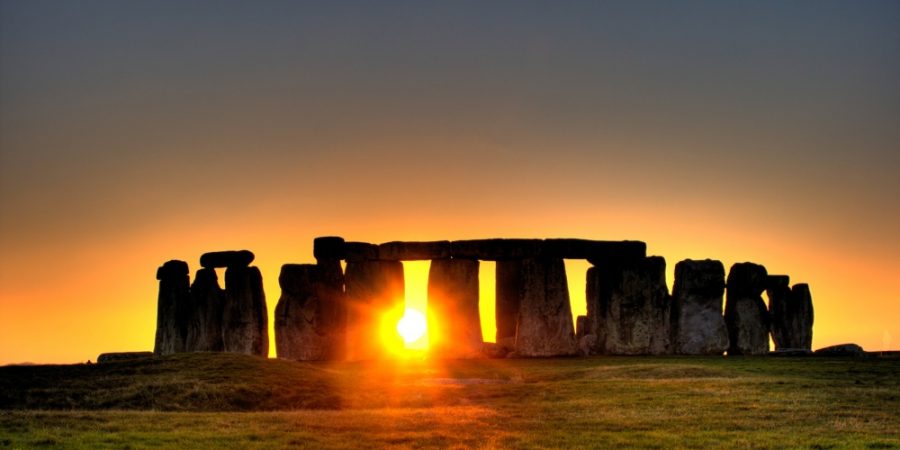 Stonehenge Theory Suggests Massive Rocks Were in Place ‘Before Humans’

A new study claims that the largest rocks at megalithic monument were not moved by people.

Two of Stonehenge’s largest stones were in place there for millions of years before Neolithic people built the monument, according to the site’s former director of excavations.

In a new paper published in the journal British Archaeology, Mike Pitts argues that two of the largest sarsens – the sandstone boulders that make up Stonehenge – have always been “more or less” where they sit today.

Stonehenge, located on Salisbury Plain, and its alignment with the Solstice Sun has puzzled archaeologists for centuries.

The largest sarsen, known as the heel stone, is 75 metres from the centre of the stone circle, weighs about 60 tons, and has not been shaped or dressed, unlike the other sarsens. It points to where the Sun rises and falls beneath the horizon at midsummer and midwinter.

In the late 1970s, archaeologist Pitts was excavating beside the heel stone when he found a hole up to six metres in diameter. The pit was too large to have been the “socket” for a standing stone but big enough to have contained the huge boulder itself, Sky News reports.

This suggests “the stone was lifted out of the hole and stood upright, but not brought from elsewhere”, the broadcaster says.

Pitts’ theory suggests that the rocks’ alignment with the Solstice Sun was merely a coincidence.

“The assumption used to be that all the sarsens at Stonehenge had come from the Marlborough Downs more than 20 miles away,” Pitts told The Times. “The idea has since been growing that some may be local and the heel stone came out of that big pit.

“If you are going to move something that large you would dress it before you move it, to get rid of some of the bulk. That suggests it has not been moved very far. It makes sense that the heel stone has always been more or less where it is now, half-buried.”