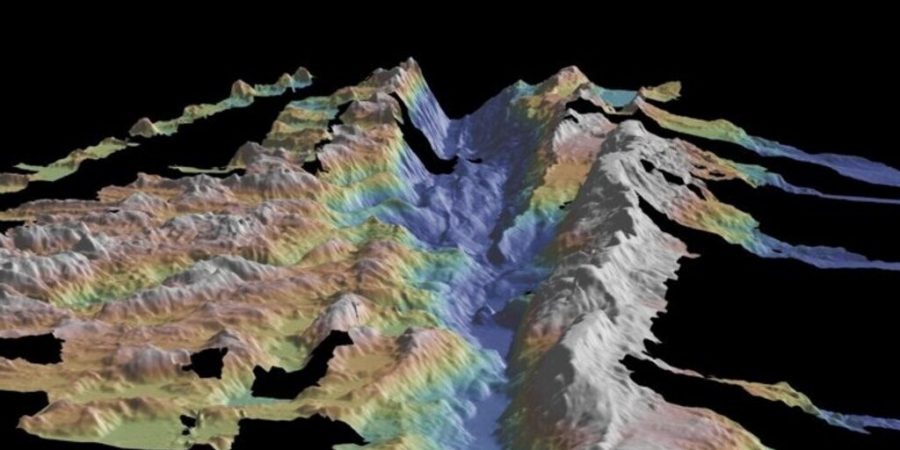 Earthquakes come and go, often leaving a trail of devastation in their wake. What they don’t usually do, thankfully, is turn around immediately and come back for another pass. Except… it looks like they can, in exceedingly rare circumstances.

In a new study, scientists have found evidence of an unusual and virtually unprecedented ‘boomerang’ earthquake that shook the deep seabed underneath the Atlantic Ocean in 2016.

This earthquake – termed a “back-propagating supershear rupture” – took place along the Romanche fracture zone, which lies near the equator, roughly mid-way between the east coast of Brazil and the west coast of Africa.

The fracture zone, a fault running for about 900 kilometres between the South American and African tectonic plates – adjacent to the Mid-Atlantic Ridge – produced a 7.1 magnitude earthquake in August 2016, which was detected by undersea seismometers in the region, as well as by distant monitoring stations.

Analysis of the signals reveals this was no ordinary quake, but a strange temblor that went one way, before turning around and coming back for more – and with a significant increase in speed, no less.

“Whilst scientists have found that such a reversing rupture mechanism is possible from theoretical models, our new study provides some of the clearest evidence for this enigmatic mechanism occurring in a real fault,” says lead researcher and seismologist Stephen Hicks from Imperial College London.

According to analysis of the seismic data, the 2016 quake had two distinct phases.

First, the rupture propagated upward and eastward in the direction of a weak spot where the fracture zone meets the Mid-Atlantic Ridge. Then, in a sudden about-face, an “unusual back-propagation westwards” took place, with the tremors heading back to the centre of the fault, and at much-accelerated “supershear” speeds of up to 6 kilometres per second (3.7 miles per second).

“Even though the fault structure seems simple, the way the earthquake grew was not, and this was completely opposite to how we expected the earthquake to look before we started to analyse the data,” Hicks says.

While the team’s explanations for how this boomerang turned around remain speculative for now, the researchers hypothesise that the first, deep phase of the quake released sufficient fracture energy to initiate the rupture reversal in the shallower, westerly underwater terrain.

“Either both fault patches were sufficiently preseismically stressed to promote seismogenic failure or the deeper SE1 rupture instantaneously increased the static stress, immediately causing the shallow SE2 portion of the fault to fail,” the authors explain in their paper.

While backwards-propagating earthquakes have been studied by seismologists before, up until now, the evidence for them is sparse, with the phenomenon mostly seen in theoretical modelling.

To detect one like this in the real world – out in the middle of the ocean – is a first-of-its-kind type event, let alone a boomerang that came back at supershear velocity.

“To the best of my knowledge, this is the first time it has been reported,” geophysicist Yoshihiro Kaneko from GNS Science in New Zealand, who was not part of the study team, told National Geographic.

The findings are reported in Nature Geoscience.