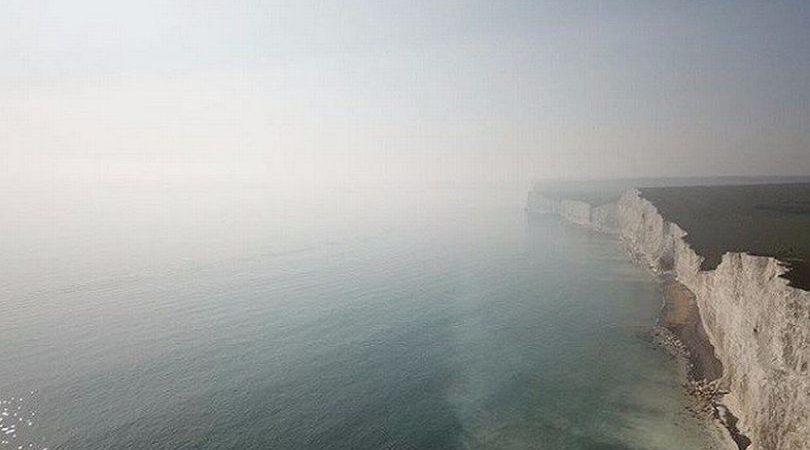 Nearly 24 hours on, mystery still surrounds a ‘chemical’ haze that descended on a UK tourist hotspot, leaving around 150 holidaymakers hospitalised.

Beachgoers were left with burning eyes, breathing difficulties and vomiting as the mist engulfed a stretch of coastline in East Sussex, near Beachy Head, yesterday.

One witness described how the gas cloud came “out of nowhere”, leaving a smell of chlorine in the air and turning a “nice, clear, sunny day” into chaos.

Dozens of people were ‘decontaminated’ in hospital, but, a day later, it remains unclear what caused the haze and what toxic substances were involved.

Shortly before 1pm, RNLI Newhaven Lifeboat Station said there was “still no explanation for the substance that affected so many people yesterday”.

It added: “Investigations are still continuing by the police and fire service.”

The incident has sparked a number of theories – with some people claiming the haze might have come from a wartime canister, washed from the seabed.

Another claim is that it was an “algal bloom”.

And one local, who was caught up in the chaos after heading out for a romantic walk with his girlfriend and dog, told Mirror Online he fears it was a chemical attack.

Below, we look at five theories surrounding the gas cloud…

There were claims today that the haze might have floated over from France.

Chief Inspector Bruce Mathews, of Sussex Police, said in previous cases, substances have come across to the region from European industrial units.

However, the Met Office said that while chemicals have drifted across from such units in the past, weather models indicate this was not the case yesterday. 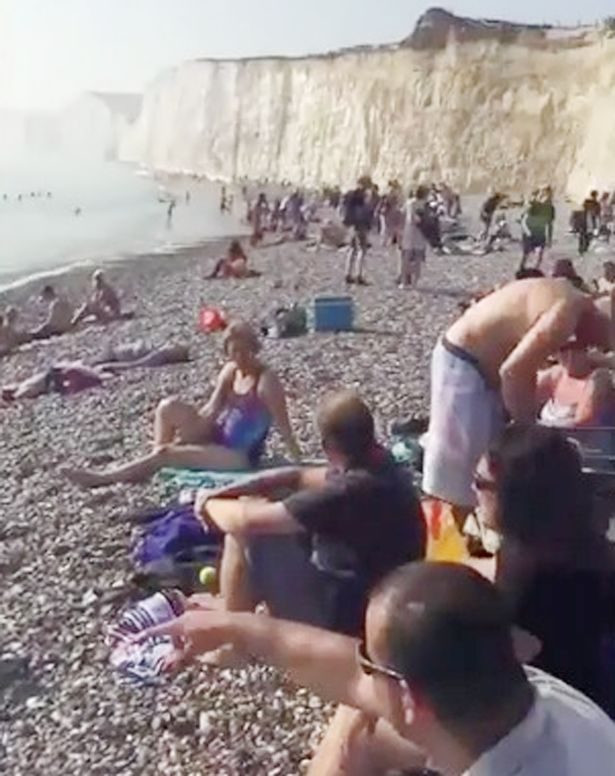 The mist is seen descending on the area, as holidaymakers pack up their belongings

Forecaster Jay Merrell suggested a vessel in the English Channel may have been responsible for the noxious haze, which sparked mass illness.

But he stressed nothing conclusive had been proven and that inquiries continue.

A number of people have suggested that the chemical cloud might have come from a wartime gas canister, lifted from the sea bed after decades.

Commenting on a Facebook post by RNLI Newhaven Lifeboat Station, Brian Barnes said: “We were offshore to your seaward side and wondered what was happening. Just a guess but was it a canister washed from sea bed that was a first W.W weapon?”

He later wrote: “Guess there could well be a lot of canisters on our sea bed.”

Replying to Brian’s first comment, Andy Stenning said: “I think there is a wreak off Newhaven that has such canisters in it .. needs research (sic).”

A BBC journalist also questioned whether a canister of some sort might be to blame for the incident – but suggested a “CS canister”, not a wartime one. The reporter tweeted last night: “How very odd. What’s this about then? CS canister ‘prank’?”

The incident has sparked fears of a chemical attack among some.

Former soldier Jason Andrews, from Eastbourne, was driving to Birling Gap to go on a romantic walk with his partner when the cloud approached.

He noticed something splash on to his windscreen – then quickly “vapourise” – before watching as the mist rolled over swimmers and sunbathers.

The 30-year-old, who fell ill within minutes alongside his partner, told Mirror Online he feared the incident could have been a chemical attack.

He said yesterday’s incident was “absolutely horrible” and was made worse because emergency crews “didn’t know what they were dealing with”.

He said he wants officials to urgently get to the bottom of what happened.

Police have said it is believed that the chemical cloud came in from the sea, but “this has not been confirmed and work continues to locate the cause”.

In the minutes after the incident, Jason used his Army knowledge and training to help him and his partner, who was having difficulty breathing.

He described how there was a “chemical smell” at the tourist hotspot. He and his girlfriend later went to hospital, where they were treated and monitored.

Taking to Facebook, Michael Smith, from Buckinghamshire, also questioned whether a chemical attack could have been responsible for yesterday’s incident.

He wrote: “Is this a chemical attack? There seems to be a hell of a lot of gas.”

Meanwhile, a user called Billy Janes said: “Could it possibly be some kind of chemical attack in this day and age who knows anything’s possible.”

And some Twitter users expressed concerns of a “terrorist chemical attack”.

Another theory surrounding the chemical haze, which swept over holidaymakers, locals and young kids, is that an algal bloom could have been behind it.

Fiona Scott wrote on Twitter: “Doctor housemate who saw a lot of patients affected in A&E last night says their team reckons it was an algal bloom releasing NH3.”

George Priestley, from York, appeared to agree. He also dismissed reports that a chlorine leak was to blame, deeming this “unlikely”. 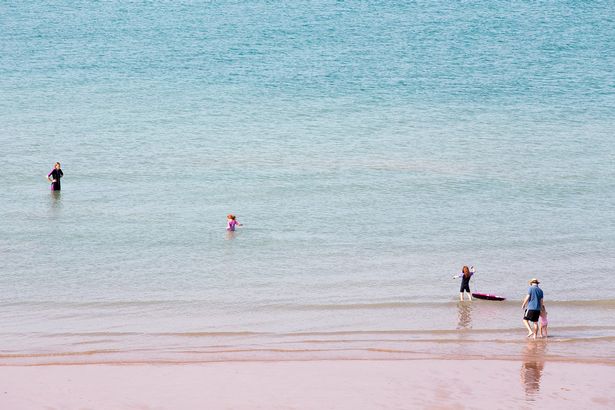 This morning, less than 24 hours on, families including young children have returned to the beach (Image: Daily Mirror)

According to Kent Live, he said: “Sounds like a ‘harmful algal bloom’. Suffered identical symptoms in Florida some years ago.

“Toxins get aerosolised and are irritant.

“A natural explanation seems much more likely. A chlorine gas cylinder release would be very widely dispersed, unlikely to cause such widespread effects.”

Witnesses claimed yesterday there was a smell of “chlorine” in the air at the popular beauty spot, with one saying it ‘stung their noses.’

However, a spokesman for Sussex Police has since said it has been deemed “extremely unlikely” that the substance was chlorine.

The spokesman said: “While the nature of the gas hasn’t been established, East Sussex Fire and Rescue Service has advised that it is ‘extremely unlikely’ that it was chlorine, as was being suggested on social media.

“The effects, while uncomfortable, were not serious and an investigation is now under way by a number of agencies working in partnership to establish the source of the gas.

“It is believed that it came in from the sea, but this has not been confirmed and work continues to locate the cause.”

He added: “The situation will continue to be monitored, but it is believed that this was an isolated incident and is not expected to recur.”