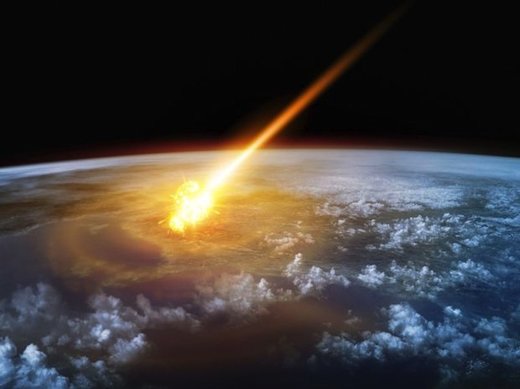 EDITOR’S NOTE: I’m a bit late with this one but I thought it still worth posting given there seems to be so many of these going on these days OR is it just they are being reported more..who knows.

Was it a meteor that lit up Queensland?

People from across Queensland have taken to social media to describe what they say was a bright light accompanied by a boom sound. “Was rumbling for a good five minutes before I went outside,” said Bundaberg’s Jamie-lee Doorey.

“Was walking back from shed, heard something from the sky as I looked up something seemed to have exploded, sparks went in three different directions. “I’ve seen plenty shooting stars, this was not one, or it was huge. The rumbling continued for a couple of minutes, nothing since.”

Margie Ryan, also from Bundaberg, said she was left puzzled by the sighting. “Was inside. Saw bright flash outside. About one minute later, heard a loud bang like a clap of thunder which shook the house a bit,” she said.

“Checked the BoM, no storm, clear sky, so posted on Facebook.” Gladstone’s Rory Henricks said he thought he saw a plane in the sky “shooting fireworks out of its rear”. He said at 9.20pm on Tuesday, he was riding from town to Calliope and about halfway saw the object for a second.

“Nothing, then several circular firework explosions in a line behind it, then nothing again,” he said. “I flipped my visor up to have a look around, I saw some pilot lights but lost track of it. Was moving really fast and appeared to have jet engines under each wing. “I’m pretty cynical but if it wasn’t a UFO it seems like someone was trying to appear like one.”

Charlene Kelly Maree said she heard people had seen the object in Gladstone, while Carissa Less Hansen said she witnessed it. “Saw it in Maryborough, Queensland, but didn’t hear the noise,” she said. Dell Holdings said she saw a flash but thought it was lightening. “It woke me from my sleep, no noise,” she said.

Alyssa Gilbert said she saw a massive flash that was as quick as a flash on a camera. “I jumped up and ran to the window thinking someone was in my yard,” she said. However, Peter Hurn believed it probably wasn’t anything from another world.
“From what it sounds like it might have been a jet using flares,” he said.

Kylie Campbell disagreed. “There’s no way it was a jet unless it exploded, it was a crazy site to see!” she said. “I was actually out at Bucca, sitting on a rock in front of my car and my initial thought was someone had stolen my car; the light from it was blinding it was like someone turned my car lights on! Lit up everything!

“It was huge, it was breaking off into pieces as it was flying, you could see smaller debris light up behind it. “Never seen anything like it before!” Chanelle Bamblett said she thought it looked like a flare.

Jason Mccallum said he saw strange things in the sky last week.”I didn’t see last night’s but on Wednesday I seen a bright white light go upwards in the sky and seconds later a green light going across the sky with what looked to be sparks coming off it and was much larger than the white light,” he said.

Rachel Linda Beris Petersen took to Bundaberg Forum to ask if anyone heard loud bangs around West Bundaberg about 2am Wednesday. “(They) sounded like gunshot noises,” she said. Tracy Simpson said she heard similar bangs early in the morning at Kepnock the night before – though it’s not sure if these sounds were related to the boom.