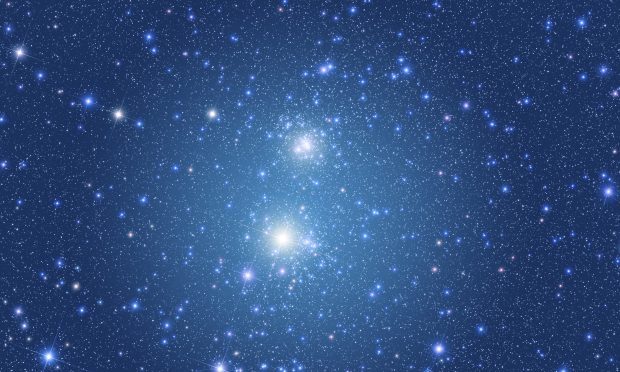 Residents of a Fife town say they have been left mesmerised by mysterious lights in the night sky.

A series of unusual lights have been spotted hovering over Dysart Old Cemetery, with locals keen to get to the bottom of the mystery.

Mariette Lobo, who lives near the graveyard, said that she was alerted to the strange sight on Thursday evening.

“I got an unexpected call from my neighbour telling me to look out of the window,” she said.

“The sky was lit up with what I thought were moving and stationery brightly twinkling stars, but there were too many of them in a small area, which raised my suspicions.

“I spoke to my neighbour who was convinced that they were helicopters, but there must have been 50 or more of these lights.

“It was quite a spectacle.”

The incident happened at around 11pm in what is usually a very quiet area of the town.

It has since been suggested that drones may have been responsible, though the sheer number of lights witnessed would have required several of the craft to have been flying simultaneously.

Ms Lobo said that if this were the case, then such machines, equipped with spotlights, raised concerns over privacy.

The area is also overflown by airliners approaching Edinburgh Airport, on which she continued: “I would be apprehensive about potential flight path dangers.

“I have a lot of questions, but as yet there have been no answers,” she added.

Police Scotland, meanwhile, said that it had not received any reports of suspicious activity in the area.