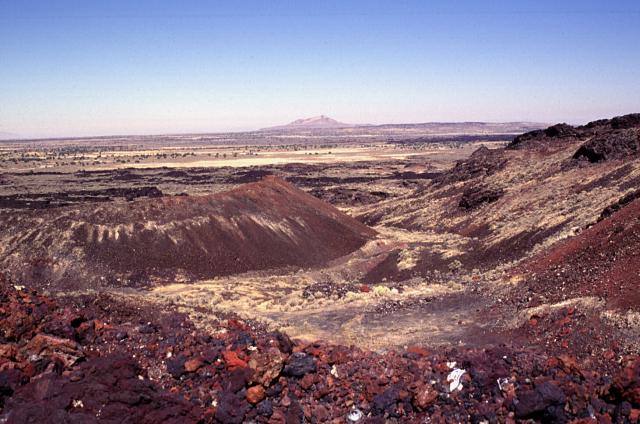 It might not look like it, but the arid expanses of Utah conceal an ancient volcanic complex, and this hidden underground system is still active far below the desert’s surface, scientists say.

According to a new study, a pair of recent earthquakes in 2018 and 2019 were not indicative of tectonic activity, but were seismic rumblings produced by the Black Rock Desert volcanic field – an ancient volcanic system in Utah’s Sevier Desert that’s been active for over 6 million years and, apparently, is still alive and kicking.

“Our findings suggest that the system is still active and that the earthquakes were probably the result of fluid-related movement in the general area,” says seismologist Maria Mesimeri from the University of Utah.

“The earthquakes could be the result of the fluid squeezing through rock or the result of deformation from fluid movement that stressed the surface faults.”

The two earthquake sequences in question occurred in September 2018 and April 2019, and were recorded by seismometers within the Utah Regional Seismic Network, as well as by instruments forming part of an experimental project called Utah FORGE, run by the US Department of Energy.

Subsequent analysis of the wave-forms from the episodes showed that these quakes weren’t the result of tectonic activity, with shallow signals emanating from depths less than 2.5 kilometres (1.5 miles) under the surface.

“Seismic signals from these earthquakes were unusual and uncharacteristic for tectonic earthquakes, and we rule out the possibility of a mine collapse or explosion,” Mesimeri and her co-authors explain in their study.

“We confirm that the two earthquakes are shallow and find distinguishable surface deformation.”

The evidence suggests that, unlike other earthquakes in the area that stem from fault movements and tend to produce more seismic energy, the shallow 2018 and 2019 events were produced by the transport of volcanic fluids within the Black Rock volcanic field, whether heated water or rocky magma.

Despite the ancient age of the volcanic complex, its quietness in terms of obvious volcanic activity means it’s a relatively little-known feature of Utah’s large landscape. Black Rock’s last eruptive event was over 1,000 years ago, resulting in the region’s Ice Springs lava flows.

As for whether the most recent rumblings are indicative of future outbursts, there’s no evidence for that, the researchers say. But these quakes are a reminder that Black Rock is still active after all these years, and that this dormant volcano is not extinct.

“The results showed us that we should give more attention to the Black Rock area,” Mesimeri says.

“We need to improve seismic and volcanic monitoring in this area, so that we are aware of small changes that may occur.”

The findings are reported in Geophysical Research Letters.