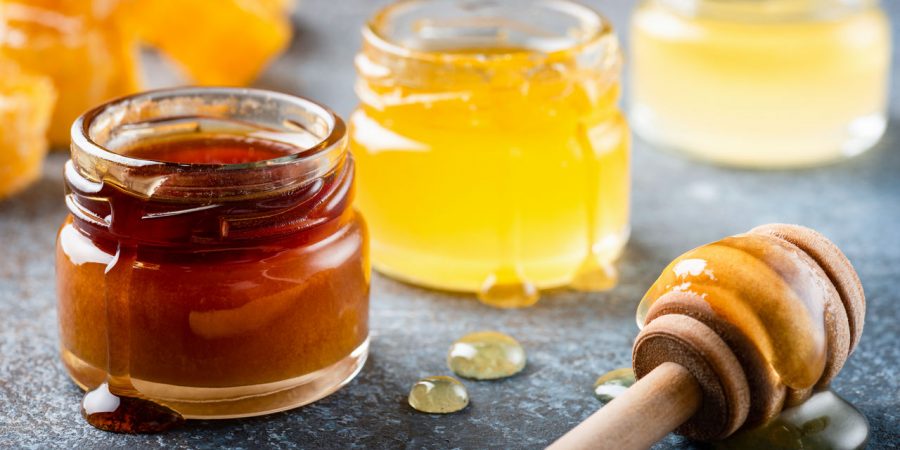 The study, he says, shows that the fallout “is still out there and disguising itself as a major nutrient.”

By Nikk Ogasavia
Science Magazine
Headline Image Credit & Caption:© ARX0NT/ISTOCK
Flowering plants can transfer radiocesium from soils to honey bees, who can then concentrate the contaminant in honey.

Fallout from nuclear bomb tests in the 1950s and ’60s is showing up in U.S. honey, according to a new study. Although the levels of radioactivity aren’t dangerous, they may have been much higher in the 1970s and ’80s, researchers say.

“It’s really quite incredible,” says Daniel Richter, a soil scientist at Duke University not involved with the work. The study, he says, shows that the fallout “is still out there and disguising itself as a major nutrient.”

In the wake of World War II, the United States, the former Soviet Union, and other countries detonated hundreds of nuclear warheads in aboveground tests. The bombs ejected radiocesium — a radioactive form of the element cesium — into the upper atmosphere, and winds dispersed it around the world before it fell out of the skies in microscopic particles. The spread wasn’t uniform, however. For example, far more fallout dusted the U.S. east coast, thanks to regional wind and rainfall patterns.

Radiocesium is soluble in water, and plants can mistake it for potassium, a vital nutrient that shares similar chemical properties. To see whether plants continue to take up this nuclear contaminant, James Kaste, a geologist at the College of William & Mary in Williamsburg, Virginia, gave his undergraduate students an assignment: Bring back local foods from their spring break destinations to test for radiocesium.

One student returned with honey from Raleigh, North Carolina. To Kaste’s surprise, it contained cesium levels 100 times higher than the rest of the collected foods. He wondered whether eastern U.S. bees gathering nectar from plants and turning it into honey were concentrating radiocesium from the bomb tests.

So Kaste and his colleagues — including one of his undergrads — collected 122 samples of locally produced, raw honey from across the eastern United States and tested them for radiocesium. They detected it in 68 of the samples, at levels above 0.03 becquerels per kilogram — roughly 870,000 radiocesium atoms per tablespoon. The highest levels of radioactivity occurred in a Florida sample — 19.1 becquerels per kilogram.

The findings, reported last month in Nature Communications, reveal that, thousands of kilometers from the nearest bomb site and more than 50 years after the bombs fell, radioactive fallout is still cycling through plants and animals.

Still, those numbers are nothing to fret about, the U.S. Food and Drug Administration tells Science. The radiocesium levels reported in the new study fall “well below” 1200 becquerels per kilogram — the cutoff for any food safety concerns, the agency says.

“I’m not worried at all,” Kaste adds. “I eat more honey now than I did before I started the project. And I have kids, I feed them honey.”

Radiocesium decays over time, so honey in the past probably contained more of it. To find out how much more, Kaste’s team pored through records of cesium testing in U.S. milk — which was monitored out of concern for radiation contamination — and analyzed archived plant samples.

In both data sets, the researchers found that radiocesium levels had declined sharply since the 1960s — a similar trend that likely occurred in honey. “Cesium levels in honey were probably 10 times higher in the 1970s,” Kaste speculates. “Because of radioactive decay, what we’re measuring today is only a whiff of what was there before.”

The findings raise questions about how cesium has impacted bees over the past half-century, says Justin Richardson, a biogeochemist at the University of Massachusetts, Amherst. “They’re getting wiped out from pesticides, but there are other lesser known toxic impacts from humans, like fallout, that can affect their survival.”

After the Chernobyl nuclear disaster in 1986, scientists showed radiation levels nearby could hamper the reproduction of bumble bee colonies. But those levels were 1000 times higher than the modern levels reported here, notes Nick Beresford, a radioecologist at the U.K. Centre for Ecology & Hydrology.

So even though the new study shouldn’t raise any alarm bells over today’s honey, understanding how nuclear contaminants move around is still vital for gauging the health of our ecosystems and our agriculture, says Thure Cerling, a geologist at the University of Utah. “We need to pay attention to these things.”