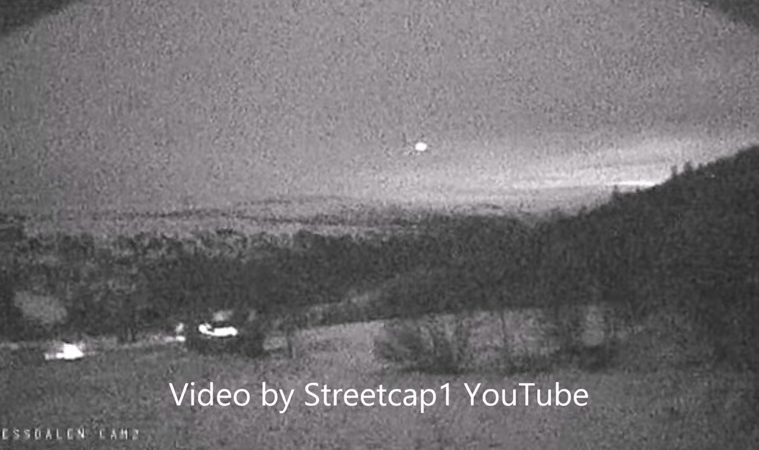 Study Looks at the Mysterious Lights Observed over Norway

As a study published last year in Frontiers in Earth Science shared,”rare and unusual atmospheric lights have been reported in the valley of Hessdalen in Norway for over a century.” Yet, “in spite of their irregular occurrence-i.e., 15 to 20 times per week from 1981 to 1984 and 10 to 20 times per year nowadays-the Hessdalen lights (HL) have been consistently observed and possess a series of recurring features.”

The study then outlines their features. Firstly, they have the appearance of a free-floating light ball with dimensions ranging from decimeters up to 30 m. Secondly, they are characterized by geometric structures that are often accompanied by small, short-duration pulsating “spikes” in the high frequency and very low frequency radio ranges. Thirdly, they show an absolute luminosity that has been estimated to be 19kw, and lastly, they have a time duration that ranges from seconds to hours.

It concluded by emphasizing:

In the 80’s, HL were defined as “UFOs” and were rejected by most scientists. Thanks to the scientific method and the pioneering work of Erling P. Strand, the atmospheric light anomaly observed in the valley of Hessalen in Norway is now slowly gaining the attention of the scientific community and the respect of academic journals. Moreover, UAP were recently measured in other locations in the world, suggesting that the phenomena might be more global than previously anticipated. Since the mechanism creating these lights is completely unknown, further research is needed to better understand the transient luminous phenomena.
The lights in this area come in various colours, and this type of phenomenon, as the study points out, is indeed global and not just restricted to this remote area in Norway.

There are literally thousands of examples. A declassified CIA file also documented an incident that occurred in Antarctica, for example, where multiple military bases spotted some colourful “flying saucers.”

“A group of red, green, and yellow flying saucers has been seen flying over Deception Island for two hours by Argentine, Chilean, and British bases in Antarctica. The flying saucers were also seen flying in formation over the South Orkney islands in quick circles.”

A lot of these observations, videos, and pictures, like the one below, are from the observatory, which was set up by scientists from the University of Ostfold. It’s actually the only official 24-hour “UFO” observatory in the world, and of all the unexplainable phenomena that its captured, the fastest one was seen moving at 30,000 km per hour. Quite astonishing, to say the least. 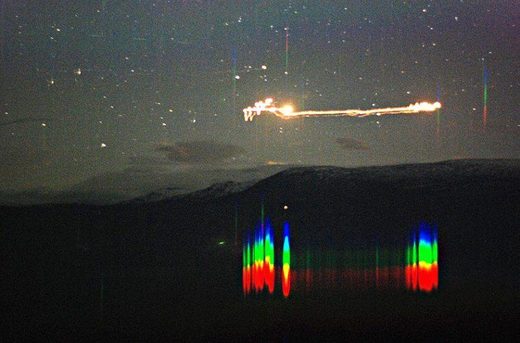 Here are some more pictures below. 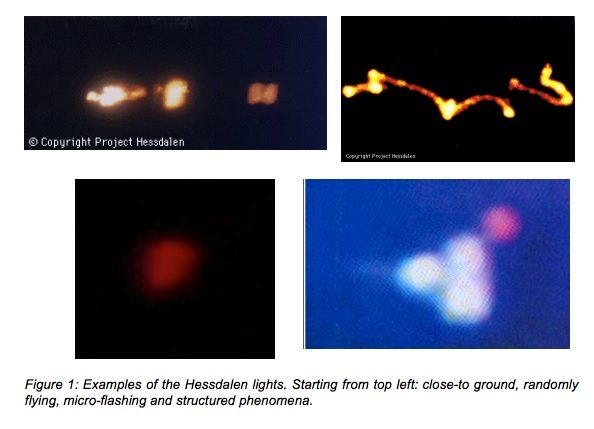 Over the decades, several hypotheses about these lights have been presented by scientists from all over the world, but the origin and cause of this phenomenon has never really been identified by anyone, and they remain a complete mystery for those who take on the task of observing, measuring, and studying them. Explanations vary from extraterrestrial spacecraft or black budget spacecraft to simply an anomalous light phenomenon that can be explained through physics, geography, and other sciences. Yet all have failed to provide a decent, provable explanation, and so the mystery continues.

A lot of the studies that have emerged on the Hessdalen phenomenon also point to the fact that the area is extremely rich in various minerals, a point worth mentioning because I recently came across a document stored in the CIA archives that mentions a connection between minerals and UFOs as well:

Scientists of the PRC and the Soviet Far East have begun a joint study of UFO’s. The first meeting of ufologists of the two countries has ended in the small maritime townlet of Dalnegorsk. The Soviet and Chinese specialists on anomalous phenomena have mapped out a program for investigating incidents that are already known and have also arranged to directly exchange video and photographic materials on new similar phenomena. Dalnegorsk has not been chosen by chance as the place for such acquaintance. In the last few years the number of cases of visual observation of UFO’s has noticeably increased there. In just the last four years alone no less than 10 UFO’s have been recorded. Specialists link their heightened interest in places here with the variety and wealth of useful minerals in Maritime Kray. Similar, incidents have also occurred in mountainous regions in China whose climatic conditions and natural landscape resemble our own.

It’s important to mention as well that the extraterrestrial hypothesis could in fact have the strongest evidence behind it, but that’s a topic for another article, and it’s something we’ve discussed several times in previous articles. To read more of our articles pertaining to the extraterrestrial/UFO hypothesis, you can visit the exopolitics section of our website, where they are all archived.

Below is some of the footage captured, recorded by a you-tuber from the Hessdalen live feed, there are multiple cameras running 24/7 and you can view the live stream on their website.

There, you will also find all of the pictures that have been taken over the past few decades.

Below is is a clip taken from a documentary produced by filmmaker Terje Toftenes called The Day Before Disclosure. It’s a film documenting the growing awareness of the UFO phenomenon, and it features a small segment on the Hessdalen observatory.