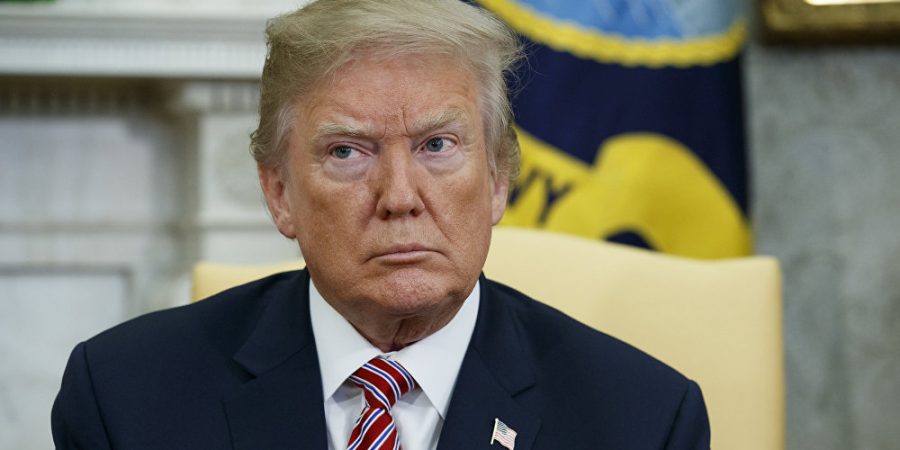 American Media, Inc (AMI), the parent company of the National Enquirer, reportedly paid a former doorman at one of US President Donald Trump’s buildings $30,000 for a rumor that suggested 45 fathered a child out of wedlock, the New Yorker and AP revealed on Thursday.

According to the reports, AMI signed a contract with Dino Sajudin, the former doorman, in late 2015 that would effectively buy his silence in exchange for his story, which alleged that Trump fathered a child with a former employee in the late 1980s. Sajudin reportedly heard the tale from Matthew Calamari, Trump’s head of security at the time.

Sajudin’s non-disclosure agreement noted that if he ever went public with the information or with information regarding the NDA, he would be required to pay a $1 million penalty.

As the story goes, after an AMI reporter spoke with Sajudin and the media company spent several weeks researching the allegations, the story was ultimately dropped when the publisher decided that the claims weren’t true. Sajudin was subsequently released from the contract after the 2016 presidential election following inquiries made by the Wall Street Journal about the doorman’s payment, according to AP.

Dylan Howard, the Enquirer’s top editor and an AMI executive, told AP that the only reason AMI paid for the rumor was because if it turned out to be true it would have sold “hundreds of thousands” of magazines. However, since the story “lacked any credibility,” it was dumped.

“Unfortunately… Dino Sajudin is one fish that swam away,” Howard told RadarOnline, a sister publication of the National Enquirer, on Wednesday.

Despite Howard’s attempt to brush the story off, four long-time Enquirer staff members familiar with the allegations told AP they were ordered to cease their investigations before they could find any concrete leads.

Contacted by both the New Yorker and AP, the woman at the center of the allegations denied ever having an affair with Trump.

“This is all fake,” the woman stated. “I think [AMI] lost their money.”

The father of Trump’s alleged love child later told the New Yorker that Sajudin’s claim was “completely false and ridiculous” and that he didn’t “understand what they had to pay this guy for.”

Trump’s alleged long lost-daughter declined to comment on the matter.

Although Sajudin initially did not want to comment on the issue, he released a statement Thursday, saying he “can confirm that while working at Trump World Tower, I was instructed not to criticize President Trump’s former housekeeper due to a prior relationship she had with President Trump which produced a child.”

The Sajudin revelation, as the Enquirer staffers explained, led them to conclude that this was yet another example of “catch and kill” tactics, in which a tabloid buys a story and then kills it, either as a favor to the parties involved or as a way to keep dirt on them.

This development follows a February 2018 report in which The New Yorker claimed AMI paid former Playboy model Karen McDougal $150,000 for exclusive rights to a tell-all regarding her 2006 affair with Trump. According to the report, the story was later buried after David Pecker, the CEO and chairman of AMI and, incidentally, a friend of Trump, opted to make the story go away so as to keep 45’s affairs under the radar during the 2016 presidential election cycle.

McDougal has since sued AMI to break from her hush agreement, however, she’s not alone: Stormy Daniels, another of Trump’s alleged mistresses, is also stuck in a much-publicized legal battle to break free from a nondisclosure agreement keeping her from speaking on her alleged affair with POTUS.

Though it was first reported that the home and office of Michael Cohen, Trump’s personal lawyer, was raided by the FBI to collect, in part, documents regarding Daniel’s $130,000 hush payment, it was later revealed that agents were also looking for paperwork on McDougal’s payment as well.