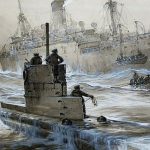 The official and most widespread theory says that Adolf Hitler committed suicide when Soviet troops surrounded Berlin. But some researchers believe that the Nazi leader could have escaped to Latin America, where he safely lived after the end of the war. The German submarine U-3523, which allegedly transported leading Nazi figures, including Adolf Hitler himself, to South America 73 years … Continue reading → 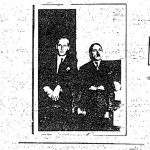 It’s a historical fact that Adolf Hitler killed himself on April 30, 1945, facilitating the inevitable fall of Nazi Germany in World War II. However, this has repeatedly been disputed, with theories that the Nazi leader may have survived and escaped to South America. A recently declassified batch of CIA documents has added to the speculations. According to a document … Continue reading → 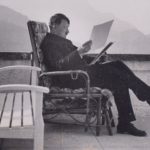 Declassified CIA files show that in 1955, an informant boasted about meeting with Adolf Hitler in Colombia, and provided pictures of himself with the Fuhrer – over 10 years after the Fuhrer’s suicide. Declassified files show that in 1955, the CIA’s Western Hemisphere Division (WHD) chief received a secret memo, boasting a subject line that no doubt caused him to … Continue reading → 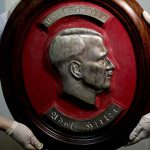 An allegedly 128-year-old man in Salta, Argentina has announced he is in fact former Nazi leader Adolf Hitler, and has spent the last 70 years in hiding. While his claims stretch the bounds of believability to breaking point, they coincide with the discovery of a trove of Nazi memorabilia in the country. Speaking in an interview with local media, the … Continue reading → 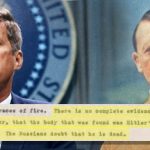 If you aren’t convinced, you’re in good company — recently revealed documents from a personal journal make candid skepticism from a man who could arguably be termed the Führer’s polar opposite — President John F. Kennedy. While questioning the official narrative pertaining to one of the most opprobrious tyrants in history might not be a comfortable matter, the theory has … Continue reading →