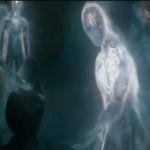 Bob Lazar was right, the U.S. Military has recovered wreckage from off-world vehicles not made of this earth. Tucker Carlson reported on it, as well as many other news agencies. What’s more, Bob Lazar said they were found in an archeological dig, meaning some of these things are ancient. I believe these flying saucers and other craft come from the … Continue reading → 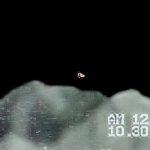 Bob Lazar Explains What We See

The only qualified person that can really explain what we see in this video from 1991 is of course Bob Lazar. Why do UFO move so goofy? What is this glow? Bob gives us the answers in easy to understand terms. Just for clarification: This VHS video was shot from Mailbox Road on public land. This is an unedited original … Continue reading → 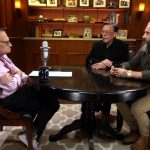 Area 51 whistleblower Bob Lazar appeared on Larry King’s show last week where he took questions and answers from Twitter users making for an interesting broadcast. Lazar told King that his life went downhill once he and several friends were caught filming a UFO test flight from a vantage point near the secret Area 51 military base located in Groom … Continue reading → 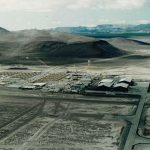 ‘Whistleblower’ Claims that Secret USAF Base Has ‘Time-Travelling Roswell UFO’

A “WHISTLEBLOWER” claiming to have worked inside the mysterious Area 51 US Air Force base has extraordinarily said the Nevada facility DOES house UFOs recovered from visiting aliens. American Robert Miller recorded a sensational YouTube clip which he said he made to “clear his conscience” as he is “getting old.” In the video, seen by more than 300,000 people, he … Continue reading → 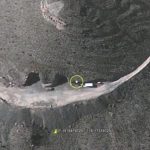 N 1989 an alleged mole from the highly top secret Area 51 US Air Force base came forward with staggering claims about the facility. Bob Lazar, 58, said he reverse engineered recovered crashed alien flying saucers to try to develop their anti-gravity flying systems, at the mysterious base, which is guarded by armed security. He spoke of UFOs being hidden … Continue reading → 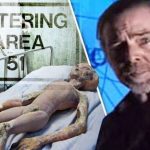 Are there any alien spacecrafts or aliens at Area 51, the top secret US Air Force base in the Nevada desert? A defense industry insider who claims he has knowledge of what really goes on there says no. Should we believe him? An expert on UFOs says yes and he knows where the spaceships and ETs are actually hidden. Should … Continue reading → 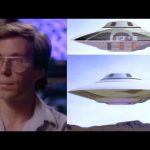 Editor’s Note: I don’t know much about this video but seemed quite interesting. It is an approximately one hour and 24 minutes so better make some popcorn (or your preferred snack choice) and enjoy. Below is the publishers comments attached to his YouTube Video. I recorded this from a VHS recorder, and transferred it to DVD which is why I … Continue reading →