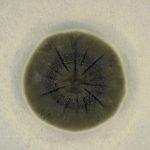 Stephen Johnson Big Think A recent study tested how well the fungi species Cladosporium sphaerospermum blocked cosmic radiation aboard the International Space Station. When astronauts return to the moon or travel to Mars, how will they shield themselves against high levels of cosmic radiation? A recent experiment aboard the International Space Station suggests a surprising solution: a radiation-eating fungus, which … Continue reading → 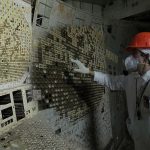 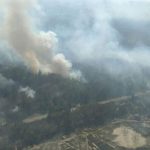 On June 5, 2018, a dry grass fire started in the Chernobyl exclusion zone, and rapidly spread to the ‘Red Forest’, one of the most contaminated areas in the world today (a 10-square-kilometre (4 sq mi) area surrounding the Chernobyl Nuclear Power Plant). 126 Firefighters are currently on site trying to estinguish the radioactive blaze. Officials haven’t sent evacuation orders … Continue reading → 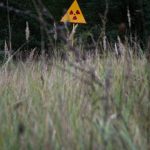 Editor’s Comment: Sure why not, the radiation from the past and continuing disasters are all over the Earth anyway (in the air, water, land and every living thing including plant life) so what could go wrong with growing crops directly on this deathly toxic land. SCIENTISTS are looking at the possibility of re-opening the area affected by the Chernobyl disaster … Continue reading → 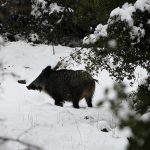 Radioactive wild boars have been detected in Czech forests, some 31 years after the Chernobyl disaster, a veterinary administration official said, adding that they are eating mushrooms that can absorb high levels of radioactive isotopes. The animals became radioactive due to false truffles, the underground mushrooms they feed on, Jiri Drapal at the Czech State Veterinary Administration told Reuters. The … Continue reading → 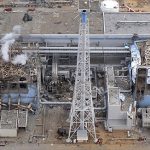 “Humanly impossible” to clean up due to shockingly high radiation levels EnviroNews World News, Feb 6, 2017: The astronomical readings bring major concerns to a cleanup operation already spiraling out of control — flying blindly into territory previously uncharted in the history of nuclear power…. To top it off, 530 sieverts per hour might not be the worst cleanup workers … Continue reading → 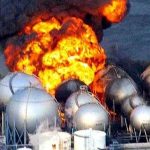 A team of risk experts who have carried out the biggest-ever analysis of nuclear accidents warn that the next disaster on the scale of Chernobyl or Fukushima may happen much sooner than the public realizes. Researchers at the University of Sussex, in England, and ETH Zurich, in Switzerland, have analysed more than 200 nuclear accidents, and – estimating and controlling … Continue reading → 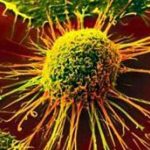 Editor’s comment: Could this be a results/effects of all of the nuclear disasters (especially Chernobyl) now starting to make their effects more obvious. If so then we are likely seeing what will be North America’s not so distant future resulting from Fukushima disaster and other home grown disasters quietly on going in the U.S. Cancer is now responsible for more … Continue reading → 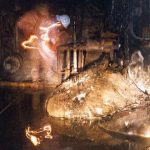 Headline Image Caption: Artur Korneyev, Deputy Director of Shelter Object, viewing the “elephants foot” lava flow at Chernobyl, 1996. (Photo: US Department of Energy) At first glance, it’s hard to know what’s happening in this picture. A giant mushroom seems to have sprouted in a factory floor, where ghostly men in hardhats seem to be working. But there’s something undeniably … Continue reading → 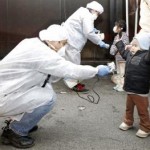 Chernobyl and Fukushima Half-Life of Plutonium IS 250,000 Years!

Seen in the main headline image: Checking for signs of radiation among children evacuated from near the Fukushima Daichi nuclear power plant Dear Folks: Watch and Listen. The deadly Facts that come with having Nuclear Power Generation Reactors. If you haven’t looked at the YOUTUBE video shared by BENDEDREALITY yesterday: Ukraine Documentary – What really happened at Chernobyl Ukraine already … Continue reading →