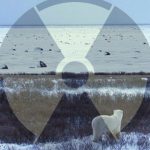 The Arctic has been receiving increased scrutiny from military conspiracy watchers lately thanks to several odd developments which seem to hint that strange doings are afoot in the frozen north. Last year, a mysterious pinging noise was detected on the floor of the Arctic sea just north of Baffin Bay in Canada. One of the most popular theories was that … Continue reading → 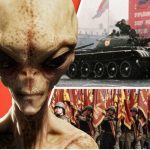 WHILE the Cold War waged, the Soviet Union was being menaced by mysterious alien spacecraft which shot down planes and burned military installations. During the 1940s and 1950s UFO-mania gripped the US as reports of flying saucers, men in black and alien abductions filled newspaper pages. But as alien encounters became a sideshow in the states, their communist enemies were … Continue reading → 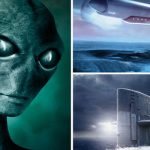 A SECRET “cold war” in the icy depths of the ocean has been taking place between aquatic aliens and the Russians, a new book has sensationally claimed. Files detailing the mysterious USOs – unidentified submersible objects – are kept tightly under lock and key at the Kremlin, according to UFO authors Paul Stonehill and Philip Mantle. The pair claim to … Continue reading → 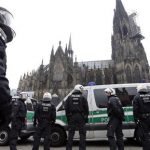 German authorities are set to introduce a new state defense plan that would make citizens stockpile food and water, enough to last for at least ten days, in the event of a major disaster or an armed attack, local media revealed. The nation is to be encouraged to put away food reserves to take care of themselves in case of … Continue reading →