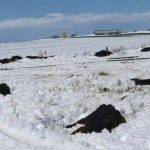 KUSA – The storm system that brought snow to the metro area over the weekend devastated parts of southeastern Colorado. Farmers and ranchers in Baca and Prowers counties have lost cattle and countless crops due to the spring snow. The Colorado Farm bureau estimates the cattle deaths are into the thousands. “Everybody is still out just trying to take care … Continue reading → 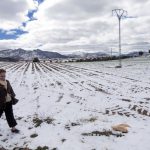 An “extraordinary” collapse in temperatures, up to 15 degrees C in northern areas. 25 Apr 2017 – Galicia will be this cold and, during the next 48 hours in the province of Lugo, the low will vary between 0 and 3 degrees. At night, Vitoria and almost all the provinces of Castilla y León will ​​range from 2 below zero … Continue reading → 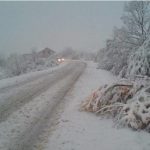 A cold spell sweeping across central Europe has brought snow back to some countries including Germany, Poland and Slovakia. Most of Romania is shivering under sub-zero temperatures and winds exceeding 70 kilometres per hour, and the mountainous regions have been blanketed in snow. In eastern Ukraine, a white coat, 30 centimetres thick in some areas, has covered the early spring … Continue reading → 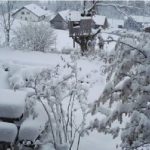 After a mild start to April, it seems the Netherlands has been dropped back into winter. Tuesday night brought frost to large parts of the country, and many places across the Netherlands measured the coldest temperatures in decades, according to Weerplaza. Heino and Achterhoek had the coldest minimum temps on April 19th since 1991 with temperatures of -3.9 and -3.6 … Continue reading → 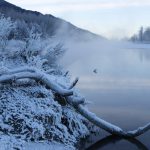 Alaska is witnessing its coldest air in almost two years, and some of the biting chill is forecast to plunge into the western United States in about a week’s time. In Fairbanks on Tuesday morning, the temperature tanked to minus-31 degrees, ending a 624-day stretch in which it was warmer than that — the second longest on record. Tuesday afternoon, … Continue reading → 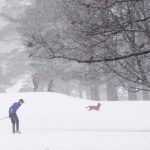 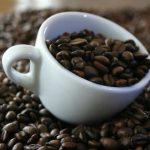 Prevailing cold weather in Kenya may curb the flowering of coffee trees before next year’s early crop, according to farmers. The plants needs at least a month of dry conditions to prepare for the flowering that occurs when rains arrive in October before the so-called fly crop due from April to June, Wycliffe Odhiambo Murwayi, managing director of Nairobi-based Sustainability … Continue reading → 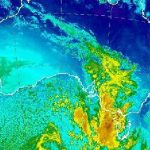 LARGE parts of the nation’s south east are on alert as another severe cold front moves in from the south bringing damaging winds, rain — and more snow. Severe weather warnings are current for many areas of South Australia, Victoria, NSW and the ACT as the weather system bears down. The system moved through Western Australia yesterday delivering rare snow … Continue reading →