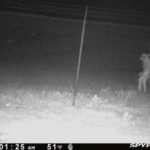 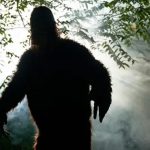 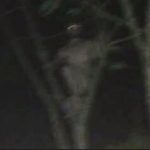 “When she checked the photographs, one of them seemed to show an unidentified creature perched in a tree next to the campsite.” via Unexplained-Mysteries Headline Image Credit: YouTube / MrMBB333 A woman who had been camping in England last summer managed to capture this eerie photograph in the middle of the night. The unnerving image recently came to light thanks … Continue reading → 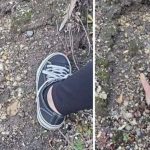 “I’m wearing a size 8 mens shoe, I used a piece of floss to get a proper measurement when I got home and it was 21.5 inches long,” via unexplained-Mysteries Image Credit: Facebook / Jennifer Powell O’Neal A woman who had been driving through Washington State recently came across something rather unusual. Posting on the ‘Washington Bigfoot’ Facebook page, the … Continue reading → 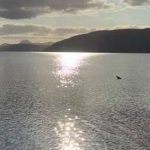 A man who had been walking his dog along the shore of the loch recently spotted something unusual in the water. Offshore worker Trevor Ross was taking a stroll along the beach at Dores – a small village at the northeastern side of Loch Ness – when he noticed something protruding from the water. Grabbing his phone, he managed to … Continue reading → 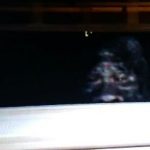 Images Appear to Show ‘Bigfoot’ Peering through Window of Home

A Colorado man posted some curious photographs which supposedly show bigfoot aka Sasquatch, looking through his window! via Unexplained-Mysteries: The images, which appear to show the head of a large gorilla-like creature, were reportedly taken by Scott Yeoman outside his home in Bailey, Colorado. “In August of 2017, we (my wife and I) were finishing the interior of the back … Continue reading →