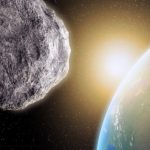 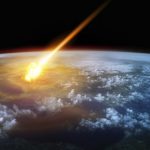 By Hamish Johnston via Physicsworld Strong evidence that the dinosaurs were killed-off 66 million years ago by an asteroid hitting Earth has been found in Chicxulub crater under the Gulf of Mexico. An international team has measured an abundance of the rare element iridium in the crater and similarly high concentrations of the element are known to occur in sediments … Continue reading → 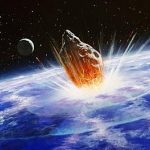 Things may have been different if the asteroid had struck elsewhere. (Image Credit: NASA) Scientists have been drilling in to the crater left behind by the asteroid that wiped out the dinosaurs. Rock samples recovered from beneath the Gulf of Mexico have revealed that it was perhaps not so much the size or speed of the asteroid that doomed the … Continue reading → 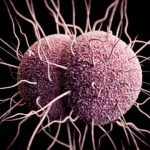 Leading hospital “superbugs,” known as enterococci, originated well before the age of dinosaurs, a new study said Thursday. These pathogens arose from an ancestor that dates back 450 million years, about the time when animals were first crawling onto land, according to the study published in the U.S. journal Cell. The findings may help better understand the evolution of antibiotic … Continue reading → 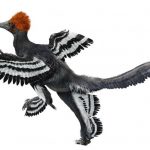 Research Shows How Dinosaurs Took to the Skies as Birds

A 145-million-year-old fossil discovered in China has helped scientists discover for the first time the evolution of bird legs. A report published Wednesday by the University of Manchester has reinforced evidence of how birds evolved gradually from early dinosaurs. Researchers from Manchester, the Royal Veterinary College and China’s Nanjing University, carried out a study of the lower leg of a … Continue reading → 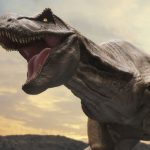 Dinosaurs and Humans Lived on Earth at the Same Time, Creationists Claim

Is this proof dinosaurs lived with HUMANS? Creationist claims REAL truth COVERED UP! Ken Ham, founder of Creation Museum in Kentucky, United States, has put the supposed evidence on display at his centre. Standard scientific evidence shows dinosaurs died out 66 million years ago following an asteroid colliding with Earth, which eventually led to the giant reptiles’ demise. Humans, on … Continue reading → 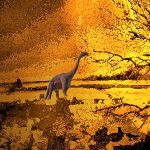 New NASA research reveals that the giant Martian volcano Arsia Mons produced one new lava flow at its summit every 1 to 3 million years during the final peak of activity. The last volcanic activity there ceased about 50 million years ago — around the time of Earth’s Cretaceous-Paleogene extinction, when large numbers of our planet’s plant and animal species … Continue reading → 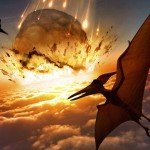