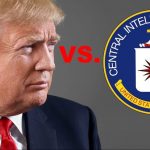 Over the past few months, America has lurched from partisan warfare to the cliffs of an existential crisis. Multiple reports show that my former colleagues in the intelligence community have decided that they must leak or withhold classified information due to unsettling connections between President Trump and the Russian Government. Said an intelligence officer: “I know what’s best for foreign … Continue reading → 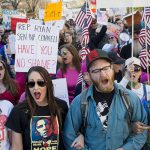 ‘Not my President’s Day’ Anti-Trump Protests Across America

Activists opposed to President Donald Trump gathered across the US for protests dubbed “Not my President’s Day” on a federal holiday commemorating the birthday of George Washington. Monday protests were scheduled to happen in 29 cities, including New York, Chicago and Los Angeles. Opposition of President Trump and his administration’s policies has centered on women’s reproductive rights, immigration and climate … Continue reading → 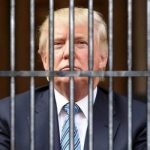 A former National Security Agency analyst and counterintelligence officer tweeted on Wednesday that the intelligence community will now be “going nuclear” against Trump. John Schindler, a national security columnist for the Observer and former NSA analyst, published an article on Sunday titled “The Spy Revolt Against Trump Begins,” which asserts that the Intelligence Community is rebelling against Trump over some … Continue reading → 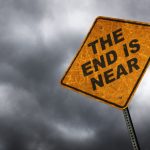 Silicon Valley tech leaders are snapping up property in Australasia as they believe that the apocalypse is near. The elite business people have identified Queenstown on the southern island as a safe haven if the worse does happen. The richest the US has to offer have chosen the picturesque mountain town to reside in if tensions continue to mount in … Continue reading → 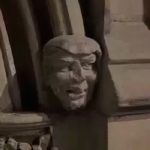 A 14th-century gargoyle that bears a stunning resemblance to US President Donald Trump has been found in a cathedral in England, leading some social media users to quip that it’s a harbinger of ‘the end of days.’ A Twitter search for “Trump gargoyle” reveals that numerous people who disagree with the president’s policies have been calling him a gargoyle for … Continue reading → 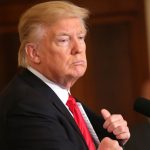 NOT WELCOME: Over One Million People Have Signed Petition to Block a Donald Trump State Visit to Britain

Donald Trump’s upcoming trip to the United Kingdom later this year may not go according to plan if his critics across the pond have any say in it. A petition created over the weekend that calls for Trump to be allowed to enter the country—but not for an official state visit—has amassed over a million signatures from Brits fed up … Continue reading → 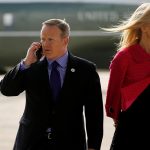 President Donald Trump and his press secretary, Sean Spicer, came under fire over Twitter after it was revealed the new administration was using Gmail for official accounts. Spicer was also trolled online after seemingly tweeting his pass codes, twice. Donald Trump was busted by security-savvy users, who uncovered that his POTUS handle was linked to an ordinary Gmail account with … Continue reading → 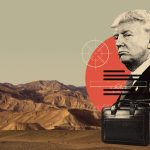 The Government Secrets That Trump Will Made Aware of

From spy planes to cyberattacks to the private lives of foreign leaders, the president gets access to more confidential material than anyone else on the planet. Now, it’s all in Donald Trump’s hands. When Dwight Eisenhower was elected president in 1952, outgoing president Harry Truman informed him of an important secret: Days before the election the United States had tested … Continue reading → 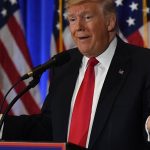 Assistant Editor Casey Jones’ comment: It seems a lot of people assume alternative news should automatically take the side of Trump. While my opinion in this pre-article editorial doesn’t necessarily reflect that of all on this website I thank the owner of the site to allow free voicing of different opinions and thought. The problem with this particular news story … Continue reading → 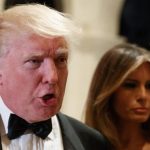 #DTS (Drain The Swamp??) DONALD Trump heaped praise upon his Dubai business partner during his private New Year’s Eve celebration in Florida, after giving a lengthy speech about his presidential victory. Video taken by an attendee and obtained by CNN shows the President-elect addressing a crowd of 800 paying guests at his estate, Mar-a-Lago on Saturday night. Throughout the 10-minute … Continue reading →